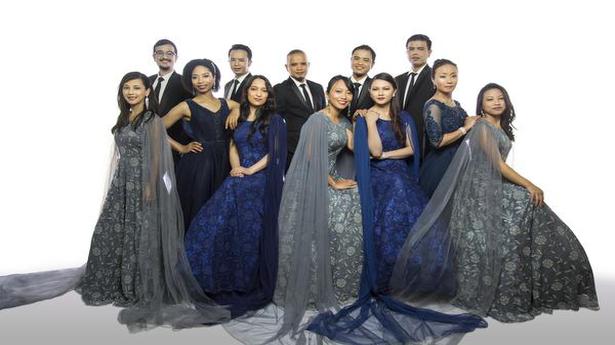 For the Shillong Chamber Choir, their recent album Come Home Christmas is an attempt to share the real Christmas story with their listeners.

“Most of us have a very westernised way of viewing the festival. We associate it with Santa, reindeers and Christmas trees. But actually, it is all about Jesus Christ’s humble birth in a desert in the Middle East. We want to share that spirit through our songs,” says Neil Nongkynrih, the choir’s founder.

The eight-track album is a fusion of pop culture and classic Christmas songs. Most songs are sung in English but have stanzas vocalised in ancient Aramaic, Hebrew, Farsi, and Urdu. The songs include ‘Jingle Bells’, ‘Silent Night’, ‘Go Tell It On The Mountain’, ‘God Rest ye Merry Gentlemen’ and ‘We the Kings’. “It was a conscious decision to include all the classic tracks as these songs are popular. In that case, understanding the meaning of the parts sung in other languages won’t be a problem,” explains William Richmond, lead singer of the choir.

One of the biggest hurdles for the team was to find people to translate the English lyrics. William says, “The ancient Aramaic believed to be spoken by Jesus Christ is almost extinct now. Luckily, a friend helped us find Melke Tekin, an elderly man from Switzerland, who spoke the language.”

The choir also collaborated with Ilana Yahav from Israel, a renowned sand artist, for the song video of ‘We the Kings’. This song has lyrics in Urdu, Farsi and English. “The Biblical Magi were Zoroastrians and would have spoken those languages. This thought encouraged us to use them in the track,” William says, getting the pronunciation right was tricky. “We have sung in around 25 languages and that experience made the process easier for us. We practised by slowing down the songs, and it helped us understand each syllable in the lyrics.”

The past few months have been busy for the choir with online concerts. “We set up a virtual studio and now perform from there. We have had more time to be productive. We hope to come up with two new albums and an opera in 2021,” says Neil.