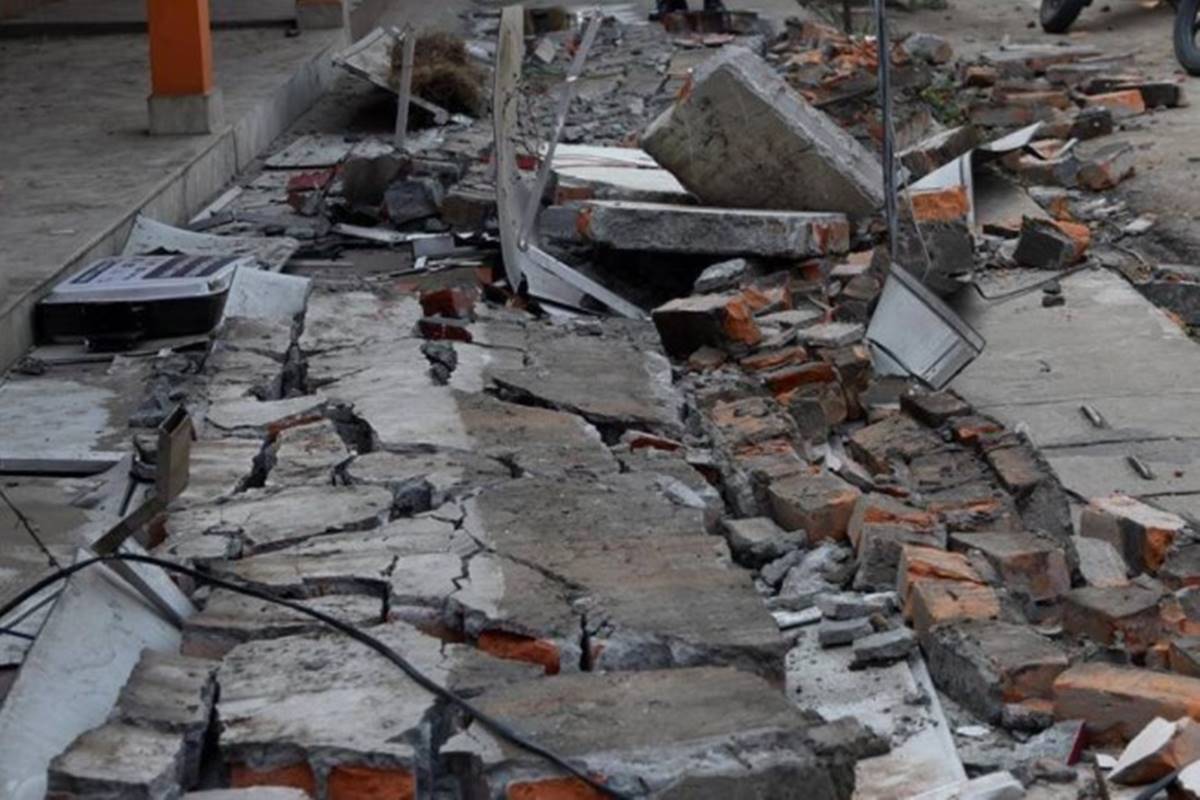 On Wednesday morning, Northeast India was jolted by a massive earthquake with a magnitude of 6.4 on the Richter Scale. Tremors were felt throughout Assam, North Bengal, and other areas of the Northeast after the earthquake in Tezpur, Assam. In the hours after the first quake shook the city, seven aftershocks were reported. Tezpur, Assam, was the epicentre of the earthquake, and tremors were felt as far as North Bengal and the Northeast. The earthquake, which measured 6.4 on the Richter Scale, occurred in Sonitpur, Tezpur, Assam, according to the National Centre of Seismology. According to the seismology centre, the first earthquake occurred at 7:51 a.m., 43 kilometres west of Tezpur in Assam. At 8.03 a.m., 8.13 a.m., 8.25 a.m., and 8.44 a.m., the first quake was accompanied by tremors of 4.7, 4, and two 3.6 magnitudes, according to Regional Meteorological Centre (RMC) Deputy Director Sanjay O’neil Shaw.

Following the first major earthquake, there were seven aftershocks, the first at 7.58 a.m. and the last at 8.01 a.m. Seven aftershocks with magnitudes ranging from 3.2 to 4.7 were reported in the Sonitpur area of Assam over the next 2 hours 30 minutes.During a raging pandemic, a series of earthquakes early Wednesday triggered devastation to houses and structures, prompting people to flee their homes and other areas in fear, obliterating social distancing and other Covid rules. Following the earthquake, a road in Sonitpur that was the epicentre of the quake formed a fracture, and many buildings and walls in the city were damaged.

In Nagaon, a multi-story building tipped over onto an adjacent tower, causing chaos. The loss was also sustained by healthcare facilities such as Dispur Hospital, Apollo Clinic, Down Town Hospital, and Excelcare Hospital. Cracks appeared in dozens of houses, apartment complexes, and shopping centres throughout the state. Owing to the jolts, several cars were destroyed as concrete blocks dropped on them. Buildings and other infrastructure were reported to be damaged across Assam, primarily in the central and western towns of Tezpur, Nagaon, Guwahati, Mangaldoi, Dhekiajuli, and Morigaon. According to sources in Guwahati, the chief minister’s block at the ‘Janata Bhawan’ complex, which houses the state secretariat, sustained some injury. Several roads in the area formed large gaps, causing traffic congestion. Furthermore, authorities reported seeing fissures in fields with water oozing out in several places. Harm to buildings and infrastructure was registered within a 100-kilometre radius of the epicentre, according to the National Centre for Seismology (NCS).

Around 8 a.m. on Thursday, residents of Assam and North Bengal announced a significant earthquake. Himanta Biswa Sarma, an Assam official, was among those who tweeted about the earthquake. “Assam has been hit by a massive earthquake,” Assam Chief Minister Sarbananda Sonowal said. I pray for everybody’s well-being and remind everyone to be vigilant. We’re gathering information from all of the districts.”PM Narendra Modi discussed the earthquake with Assam Chief Minister Sarbananda Sonowal. PM Modi said in a tweet, “I spoke with Assam Chief Minister Shri @sarbanandsonwal Ji about the earthquake that struck parts of the state. The Centre has promised to assist in every way it can. I pray for the people of Assam’s well-being.”Locals in Assam and North Bengal who felt the tremors said the quake lasted at least 30 seconds and proceeded to shake buildings for several minutes.

Damages caused by an earthquake

Cracks appeared in dozens of houses, apartment complexes, and shopping centres throughout the state. Owing to the jolts, several cars were destroyed as concrete blocks dropped on them. In a paper, the NCS said, “Preliminary analysis indicates that the events are situated near the Kopili Fault, closer to Himalayan Frontal Thrust (HFT).”The region is seismically active, falling into the maximum Seismic Hazard Zone V, which is linked to collisional tectonics where the Indian plate subducts under the Eurasian Plate, according to the study.

The area is hit by moderate to large earthquakes, according to historical and instrumentally documented earthquake records, with the most notable occurrence being on July 29, 1960, when a magnitude 6 quake was confirmed, it added. The state disaster management authority established three helplines — 1070, 1077, and 1079 — to assist citizens in reporting quake-related events and seeking relief. On April 6, an earthquake with a magnitude of 2.7 struck Tinsukia, Assam. Another earthquake with a magnitude of 5.4 on the Richter scale struck the Sikkim-Nepal border the day before. The earthquake shook parts of Bihar, West Bengal, Assam, Meghalaya, Nagaland, and Arunachal Pradesh. Rahul Gandhi, the Congress chief, expressed his sympathy with the people of Assam and urged party members to be at the forefront of rescue and relief efforts. On Wednesday, about ten earthquakes struck Sonitpur for the day. The most severe was a magnitude 6.4 earthquake that hit Sonitpur on Wednesday morning.

“The city is affected by mild to powerful earthquakes, with the most prominent event being the magnitude 6.0 earthquake,” according to historical and instrumentally recorded earthquake evidence (NCS catalogue). Assam is a state in India.The quake occurred at 2:51 p.m. local time in Turkey and was located in the Aegean northeast of Samos at a depth of 10.3 miles, according to the institute. It was felt all over the eastern Greek islands, as well as in Athens, Greece’s capital, and Bulgaria.

In 1556, the most deadly earthquake in history struck Shaanxi, China. This is more than double the number of people killed in Haiti’s recent Port-au-Prince earthquake in 2010. According to reports, 316,000 people perished as a result of the disaster. Earthquakes, on the other hand, will also kill a lot of people. Although flooding, droughts, and epidemics accounted for the majority of disaster deaths in the past, a global earthquake and probably a tsunami now account for a large annual death toll.The two years with the highest average death tolls (in the tens of thousands) since 2000 were 2004 and 2010. Earthquake deaths accounted for 93 per cent and 69 per cent, respectively, of all those deaths.

Why earthquakes have been the worst in human history? We’ve mapped the top 10 rankings of recorded earthquakes that resulted in the most deaths in the visualisation below. 1 This ranking is dependent on NOAA’s National Geophysical Data Center’s mortality predictions (NGDC).In 1556, the most deadly earthquake in history struck Shaanxi, China. It is estimated that 830,000 people were killed. This is more than double the number of people killed in Haiti’s recent Port-au-Prince earthquake in 2010. According to reports, 316,000 people perished as a result of the disaster.

The 2004 Sumatra earthquake and tsunami, as well as the 2010 Port-au-Prince earthquake, are two of the deadliest earthquakes in human history. However, some of the deadliest happened in the far past. The earthquake in Antakya (Turkey) in the year 115 made the top three. Both old and new items appear at the top of the page. Natural disasters, such as earthquakes, have posed a constant danger throughout history.

New Zealand gamers have been ignored for second fee…

Votes and the CAA

Coronavirus is pulling tens of millions again into poverty