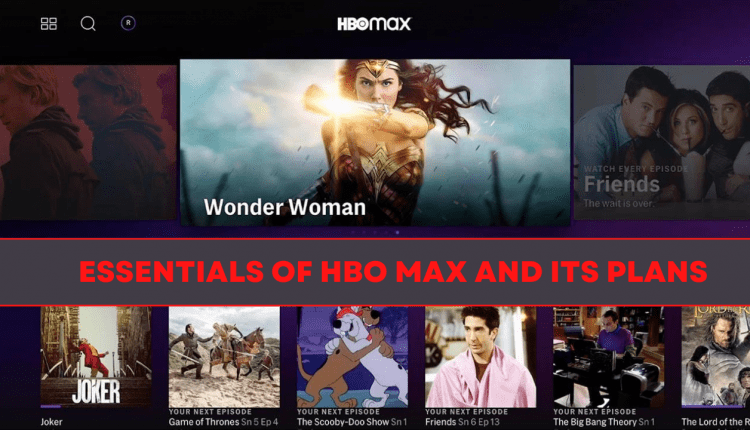 Essentials of HBO Max and its plans

HBO is the exclusive subscription, and it has been the king of all streaming service subscriptions for nearly 50 years now. It currently operates as 7*24 hours channels filled with high-quality original and operated with authorized licensed content. Five years ago, the company took its first steps into the digital world with HBO Now. HBOMax streaming service has an impressive library of original shows with even more content from its parent company Warner Media and now it is rebranded into a single subscription service.

HBO Max isn’t just rebranded or name changed, there is tons of new content. This service is aggressively expanding its subscribers count through some box office hit movies with bold and strong moves. Signing up for this streaming service costs $9.99 a month and this plan contains ads, alternatively, you can go for $14.99 a month without ads.

How does HBO Max work?

Like other streaming services, you have to access the service from a PC, mobile phone, Tablet, and or other supporting devices. Just select the shoe that you want to watch and start streaming. This streaming service is available on both web and apps. And both interfaces separate content and categories into “Hubs” like DC comics, Cartoon Network, Studio Ghibli along with HBO.

In this streaming server, the media files are kept themselves on a remote server, so that the user can experience any error and buffering issues as long as you have a good internet connection. The recommended speed of the internet by HBO is 5 Mbps for HD streaming. On the other hand, you have an amazing feature to download shows and movies to watch offline, on the ads-free plan but only these processes can be achieved through official Android or iOS apps.

How much does the HBO Max subscription plan cost?

As we already see in the introduction, HBO Max has two plans, one with ads support and the other is ads-free, here the ads contain a plan that cost $9.99 per month and the ads-free plan cost $14.99 per month. When we compare it to other streaming services like Apple TV plus or Disney Plus, this is significantly high in cost but effectively offers it contains much more content.

HBO Max is a more expensive streaming service than other services, but it has the content to back it up. Moreover, the ad-supported subscription plan is a bit cheaper, but it includes four minutes per hour of ads while streaming video content. And has no extra features like 4K streaming and downloading option to view offline. Meanwhile, ads will not interrupt the HBO original, so you can enjoy great movies and TV shows like Game of Thrones without any ad interruption.

Is HBO Max worth it?

As mentioned above, HBOMax is comparatively more expensive than other streaming services, but there is a valid reason behind this. It contains some of the best exclusive content, tons of quality, and blockbuster movies heading their way. In Android authority’s review, it found that the amount of content available was exclusive and impressive when compared to other streaming services. As everyone already knows, this service has a great interface and excellent library of content for both adults and kids, in addition to a host of exclusive HBO series and movies.

The subscribers can also watch most of these HBO original series over the air on the subscription TV channels. Here, the content alone makes HBO Max worth it, but the biggest drawback is the lack of 4K quality and more importantly, the device supports HBO Max. But these issues are resolved and support for 4K streaming for a few movies and backing for both FireTV and Roku devices.

How can I get HBO Max free?

Generally, there are very few ways to get HBO Max as a free service. Most probably you can get HBO Max for free if you subscribe to the HBO channel through your cable TV service. Moreover, HBO signed an agreement with Spectrum, Comcast, Altice USA, Verizon, and many more.

In Addition, HBO Max is also included with some AT&T plans for free of charge. Now, the service is currently included with the AT&T unlimited elite wireless plans, and that runs for the first line $85 along with discounts on additional lines.

To summarize, HBO is considered the best and most effective streaming service, in addition, it has an excellent feature that once we are able to connect three devices of the streaming service. HBO streaming service is launched in the United States and Europe in 2021 with more international rollouts planned are upcoming soon.

Thankfully, we can share three simultaneous streams, and share without hassle about interpreted streams. Moreover, for some of the specific selective movies, 4K streaming is supported, but for the vast majority of content, it is supported with either SD or HD resolution, but the team is working on the process of 4k streaming for all content. Although it did not officially support many VPN services work with HBO Max.

Homeschooling is being mentioned vigorously as colleges have…

Resurgence of virus in Europe as restrictions cross, warns…

Don’t see cricket being performed for no less than 12…