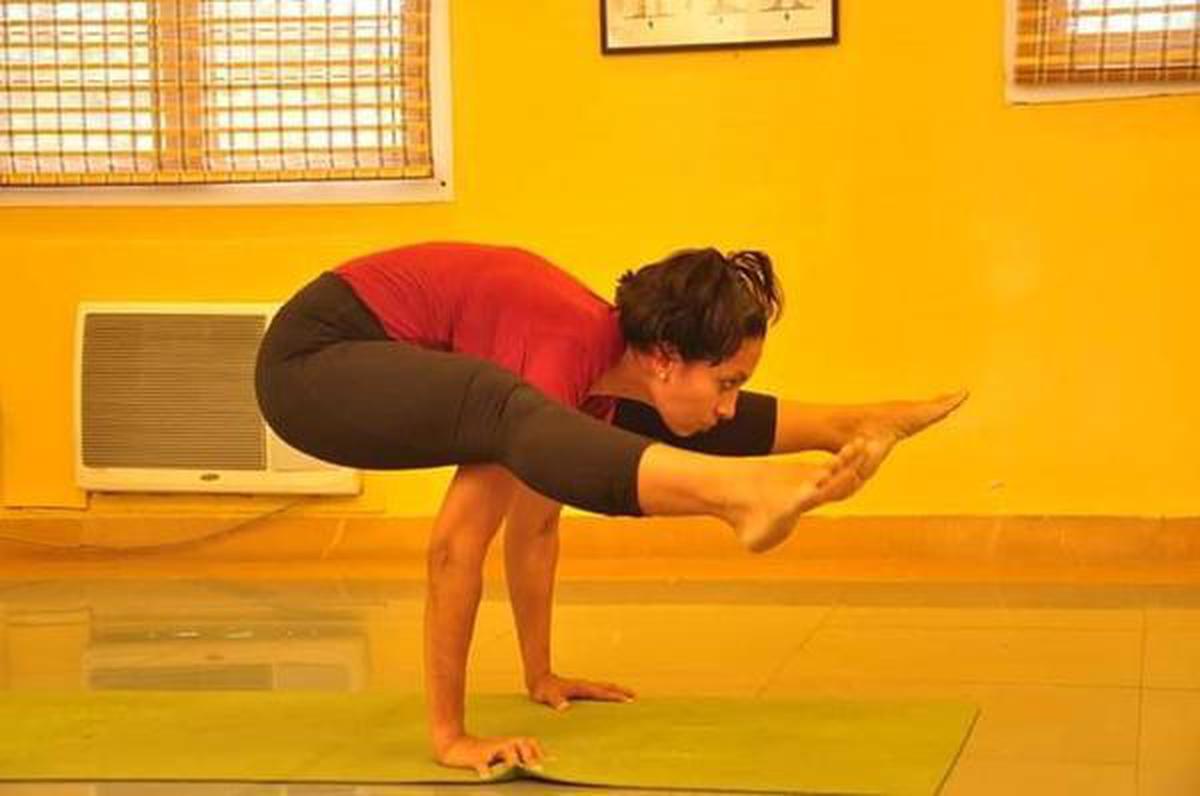 When the lockdown was announced actor Keerthy Suresh was worried about her fitness routine. One week into the lockdown, her guru Tara Sudarsan announced that she was beginning online classes and Keerthy breathed easy.

The lockdown persuaded yoga practitioners and gurus following different schools and styles of yoga to become tech-savy to cater to their students at a time when many of them felt they needed the routine the most for their physical and mental fitness.

Chennai-based Gayathri Ramesh says she never thought that she would find herself conducting yoga classes on video conferencing app Zoom. But now she is busier than ever before with classes catering to students from all over India and abroad. “My students motivated me to go online. We had a trial soon after the lockdown was announced and when that worked smoothly, we went full stream ahead. There are batches meant for different levels of practitioners and for teachers. I teach Iyengar yoga, developed by yoga guru BKS Iyengar. Before I enrol a student, I ensure that he or she is sincere about wanting to learn yoga and that is not a fad,” she says.

Siddharth Banghera from Mumbai also logged into Zoom to help his students get on with their daily sessions of yoga. However, he only teaches his students who were attending his classes prior to the lockdown. “I don’t think it would be a good idea to engage with new students as they may not be able to understand what I am trying to teach them. So I teach about 70 to 75 of my previous students in my online sessions,” he explains.

Tara admits that she never thought online classes were a good idea till the lockdown began. She began the classes because many of her students wanted to resume their stretching and breathing exercises. “Now, I have students from the US, the UK and Singapore. There is no beating yoga to improve your lungs’ health and also getting rid of stress. This is in addition to physical agility and fitness,” says Tara.

Elaborating on that, dietician and yoga instructor Uma Kalyani, who is based in Thiruvananthapuram, says that practising the asanas and breathing exercises in yoga boosts emotional, physical and mental health. In addition to a weekly live session, Uma began recording classes for her students of her yoga school, Yoga Plus and during the lockdown she formed a Facebook group ‘Purple Health Challengers’ (PHC), which included her students and fitness enthusiasts, to encourage holistic living. “One of my students suggested that they do 108 sun salutations, that is 54 sets of Surya Namaskaram, on Saturday, as a way of observing International Yoga Day, which falls on June 21. So I began training them for it. Nevertheless, not all the students will do 54. It is not difficult if you are used to doing it every day and build up strength and stamina,” says Uma. On Saturday, they did her proud by completing the 54 sets of Surya Namaskar. Some of the members of Purple Health Challengers, which was begun by Uma Kalyani to popularise holistic living
| Photo Credit:
special arrangement

One of Uma’s students Arati Rajeswari put a Facebook post after completing the feat. “On May 17 when Uma set the focus of the PHC group to achieve 108 Sun salutations by Yoga day, we all played along. But in my mind, I wasn’t sure I could meet that target. After all, at 15 sets I used to puff and pant and rush to fall on to the bed. And I was always in awe when Bollywood celebrities, Shilpa Shetty et al, claimed they regularly do 100+ sun salutations. But it was amazing how Uma published the day-by-day schedule and we could work our way up. Slowly, we set and reset our targets, and today we did it!”

However, Vincent Fernandez, a yoga practitioner and instructor in Pune who learnt from yogacharya BKS Iyengar himself, has reservations about online yoga classes and recorded sessions. He feels that unless the student and teacher are physically present in the same space, it would be difficult to correct postures or breathing if a student does not do it correctly. So he decided not to go in for online streaming classes during the lockdown. “Iyengar yoga makes use of props to help a student improve his posture and so one can injure oneself if it is not done correctly,” he feels.

Nevertheless, those attending the sessions have no such reservations. In fact, Radha Gopalan, who teaches yoga in Kerala’s capital city, is all praise for an audio session of Prashant Iyengar’s, which was made at Ramamani Iyengar Memorial Institute in Pune and broadcast by one of his students. Meant for teachers, the audio session refreshed their practice and she found it an “incredible experience”, says Radha. Like many other teachers of yoga, Radha took to teaching online once a week for a select group once the lockdown came into effect. “They are all in Chennai and it was my sister who persuaded me to take classes for her and her friends. I also attended an online class that was attended by 109 teachers from all over the world,” says Radha. Discussing the advantages and disadvantages of such classes, Radha feels that these classes work if you have already practised yoga with a teacher or if you have been a student of the teacher concerned. She is a little doubtful if the video sessions can help beginners. “If you have been practising yoga for long, you can become a little set in your ways, then this is a good reminder to you to try other ways and challenge your comfort spaces,” she adds.

Gayathri points out that online classes come as a boon for those working or living abroad as the timings can be tweaked to suit them. She says those not able to attend yoga classes in person for different reasons find it convenient when the teacher comes home, even when it is virtually. “Online classes reach out to the global village. Each batch has about 25 students. I plan to continue the classes even after the lockdown,” adds Gayathri, who used to have a show called Yog Deep on Doordarshan.

Keerthy has the last word when she explains that her regular yoga sessions during the lockdown have helped her resolve her breathing problem. “Till then it used to be on and off affair but now it has become a habit that refreshes me and fills me with positivity.”