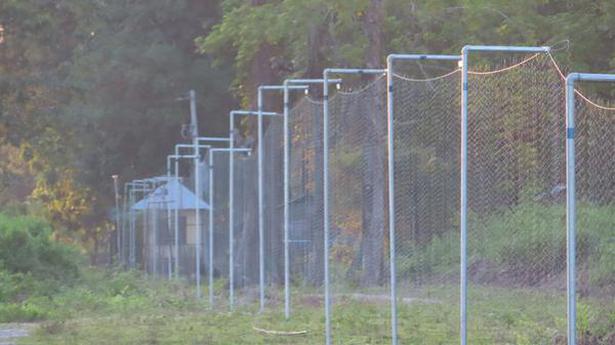 Villagers in Assam get respite as striking fence deters jumbos

Elephants in Assam may have finally run into a barrier beyond their ability to bulldoze — a solar-powered hanging electric fence.

Camera trap records show the elephants attempting unsuccessfully to enter areas near eight villages, which lie at the edge of a 350 sq km reserve forest that was added to the Manas National Park in 2016, on at least 59 of the 65 occasions that the pachyderms had been sighted since October 14, 2019. The elephants, however, did manage to cross the fence without damaging it on eight occasions, due to a sudden discharge of the batteries powering it around midnight.

But the villagers, who have borne the brunt of the elephant-man conflict, aren’t ready as yet to call the latest barrier a success. For that, they would rather wait to see how the fence performs during the monsoon months ahead.

The core area of Manas is about 140 km west of Guwahati.

“There have been experiments with electric fences earlier to prevent elephants in the jungles from raiding the houses and the farmlands of the villagers leading to large-scale damage and loss of human lives,” said Brojo Kumar Basumatary, a field sociologist of Wildlife Trust of India (WTI) based in Chirang district’s Panbari.

“We undertook the hanging fence project in October 2019 and completed it in February this year. We planned it for more than the existing 5 km but could not go ahead because of restrictions associated with the COVID-19 pandemic,” he told The Hindu.

Elephants, however, would frequently uproot them for gorging on the granaries in the villages.

The hanging fence involves sturdier metallic poles with a strong cable strung from the top. Wires arranged 3 feet apart dangle from this cable without touching the ground for letting smaller animals up to 1 foot tall pass.

The wires carry an average 9-kilovolt charge, the maximum being 11 kilovolts.

“The wires are non-lethal,” said Bhaskar Choudhury, regional coordinator of WTI. “An elephant coming in contact gets a mild shock that works as a deterrent. And because of the hanging design, elephants can neither break the pillar nor slam the wires with tree branches,” he added.

Three community-based committees have been entrusted with almost equal stretches of the fence. These are the most strategic of the eight villages dominated by the Bodo, Koch-Rajbongshi, Assamese and Bengali communities.