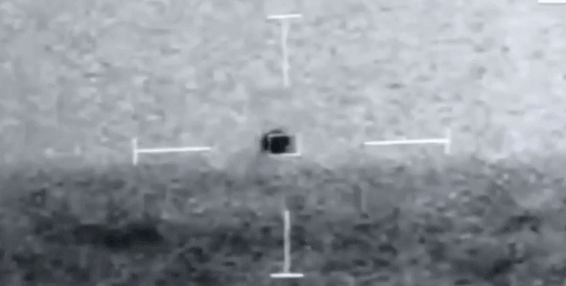 With the newly leaked 2019 US Navy video showing spherical unidentified flying object that disappeared off the coast of San Diego, California. This clip was obtained and shared with the NBC News by Jeremy corbel, documentary film maker showing one of the US Navy’s stealth ships tracking with the UFO off the coast of California. This video was captured by the navy air craft and recorded in the USS Omaha’s combat information center. The clippings appeared as certain spherical object flying above the water for some minutes near the San Diego before it vanished. As the military personnel said, it splashed and the defense department confirmed that the clip was recorded by the navy personnel and it will be reviewed by the pentagon’s unidentified aerial phenomena task force. This panel got established last year to get its priority to the nature and origins of such unidentified objects.

The video was published just few days before it got aired with an interview with the two former navy pilots those recalled having been dispatched to investigate the multiple anomalous aerial vehicles which descended 80,000 feet in less than a second. This incident occurred off San Diego in the year 2004. As said by one of the pilot Cmdr. Dave Fravor, to the media that the personnel found a little white Tic Tac looking object moving above the water before it disappeared. Second later, his ship- the USS Princeton- said that the object reappeared on its radar just 60 miles away. The intelligence reports said that the “spherical” craft could not be found upon entry to the water and the submarine was used in the search but there was nothing recovered.

One of the top most defense official Christopher Mellon working in the Clinton and George W.Bush administrations, said in an interview that there was “ a lot of continuity” between the recent reports of unidentified objects and reports dating back decades. A number of distinctive and different things were seen and sometimes a 50 foot object that can travel at a hyper sonic speeds with seemingly go into orbit or coming down from altitudes of potentially above 100,000 feet was seen. As of reports from Mellon, the stigma associated with reporting such phenomena has long kept witness quite.

From certain information relating to the UFO, the department of defense has confirmed that the clip was recorded by the U.S. Navy and is promisingly going to be reviewed by the pentagon’s unidentified Aerial phenomena task force as reported by NBC.

About the 2004 incidence, it was revealed to have observed similar situations. Last year, it was revealed by the US Navy relating to the investigations of these unidentified aerial phenomena and videos shot by some experienced pilots. They showed some mysterious objects pulling off seemingly impossible manoeuvres that have made the headline. Next in January, the CIA declassified about the trove of documents relating to the UFOs and the paranormal events. These included the reports looking into the Nazi flying saucers, captured aliens and mysterious unexplained explosions. There began a routine naval training exercise. But it would no longer become one of the best documented and most baffling UFO sightings of the 21st century. Even the sources witnessed highly trained military personnel’s. Among them were several deeply experienced radar operators and fighter pilots. Those who at the time of sighting were at the controls of arguably the most advanced flight technology ever created. On the 14th of November 2004, over the pacific ocean about 100 miles south west of San Diego, California. The USS Nimitz Carrier strike group included the nuclear powered carriers and the missile cruiser USS Princeton, which were conducting a series of drills prior to the deployment in the Persian Gulf.

It was about 2 P.M., two of the F/A- 18 F super hornet fighter jets from the Nimitz received an unusual order from an operations officer abroad the Princeton. This was already airborne, the pilots were told to stop their training maneuvers and then proceed to the new coordinates for real world tasks.

The churning sea with the wingless wonder:-

With the two fighters getting diverted to intercept the strange object, they first arrived on the scene and the pilots didn’t see any kind of flying objects. But they did observe what the lead pilot said as he watched the disturbance in the ocean. The churning water with white waves breaking over the large looking object just under the surface. They also noticed one of the object flying about 50 feet above the water. The commander of the elite black aces squadron who got top gun as about 40 feet long and that was shaped like a Tic-tac candy with no reason of propulsion. It’s white and has no wings and no rotors. The rookie pilot back in 2004 said that how terrific was the experience of watching it and the pilot even tried to intercept the strange craft. While the fravor wasn’t able to capture the encounter on video. When favor started flying around it, he said that the craft ascended and then came right at his plane. All of a sudden it started turning and rapidly accelerated beyond anything.

The incident associated long back:-

It’s the Nimitz incident that seems to have been known in the naval circles and that too to some of the UFO/AVV buffs. It didn’t come to wide public attention until the year 2017, when the media ran on an article about the sighting and released the video of the shot being shoot by the Nimitz pilot that day. Even they revealed the existence of the little known facts on defense department initiative which is called the advanced aerospace threat identification program.

Since the time, this is one of the most interesting event that have made its priority in the US Navy and further more is expected from various sources to bring excitement in the existence of the UFO.

Neil Nitin Mukesh: We make Nurvi talk along with her…

The UK taxpayer is paying millions of pounds to mini…