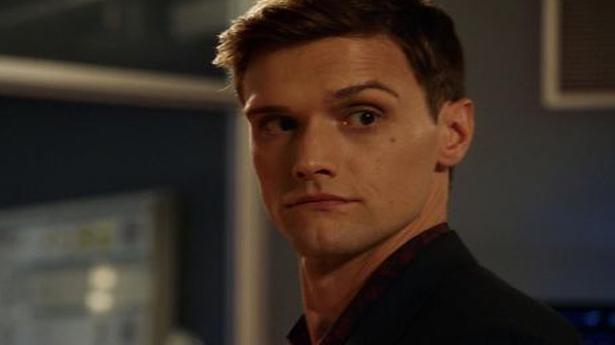 Actor Hartley Sawyer has been fired from the superhero series “The Flash” after his old social media posts, having racist and misogynistic references resurfaced. The posts on Twitter were made by the actor before he joined The CW series as Ralph Dibny/Elongated, according to The Hollywood Reporter.

The tweets apparently made references to sexual assault and contained racist and homophobic language.

Sawyer’s Twitter account has been deleted, but screenshots of the old posts have circulated online in the past two weeks.

In a statement, the show’s producers, Warner Bros TV, The CW and Berlanti Productions in concurrence with showrunner Eric Wallace, announced that Sawyer will not be returning for the show’s upcoming seventh season.

“In regards to Mr Sawyer’s posts on social media, we do not tolerate derogatory remarks that target any race, ethnicity, national origin, gender, or sexual orientation.

“Such remarks are antithetical to our values and polices, which strive and evolve to promote a safe, inclusive and productive environment for our workforce,” the producers said in a joint statement.

Wallace later put up a separate statement on Twitter, saying he was heartbroken after reading Sawyer’s old tweets.

“They’re indicative of the larger problem in our country. Because at present, our country still accepts and protects the continual harassment — unconscious or otherwise — terrorising and brutalising of Black and Brown people — which is far too often fatal. That’s why our country is standing up once again and shouting ENOUGH to bring about active change,” he said.

Sawyer’s firing comes amid the nationwide protests in the US over the custodial killing of George Floyd.

Going forward, Wallace said he would continue to find black and brown writers, directors actors and producers of all genders for “The Flash“.

“Their stories are part of the American narrative too, and must be heard. And the more you hear and see us, the more you will begin to recognize one simple fact: we are human beings too,” he added.

Grant Gustin, who plays the titular role in the series, also broke his silence about Sawyer’s posts as he shared Wallace’s statement on his Instagram page.

“I don’t have much to add because Eric’s thoughts are stated so eloquently and powerfully. I will say I was shocked, saddened and angry when I saw the tweets. Words matter,” he captioned the post.

Sawyer had posted on apology on Instagram last week when the old tweets resurfaced. He admitted that his posts were “hurtful” and “unacceptable“.

“I am ashamed I was capable of these really horrible attempts to get attention at that time. I regret them deeply. This was not acceptable behaviour. These were words I threw out at the time with no thought or recognition of the harm my words could do, and now have done today,” the actor had said.

Sawyer insisted that he is a different person today to what he was earlier and felt “ashamed and disappointed in myself for my ignorance back then”.

“I want to be very clear: this is not reflective of what I think or who I am now.

Years ago, thanks to friends and experiences who helped me to open my eyes, I began my journey into becoming a more responsible adult – in terms of what I say, what I do, and beyond.

“I’ve largely kept that journey private, and this is another way that I have let so many down. I still have more work to do. But how I define myself now does not take away the impact of my words, or my responsibility for them. I am very sorry,” he said.

2020-06-09
Previous Post: Flipkart introduces AI-driven voice lend a hand for browsing
Next Post: No announcement on withdrawal of troops from Germany: White House – Times of India