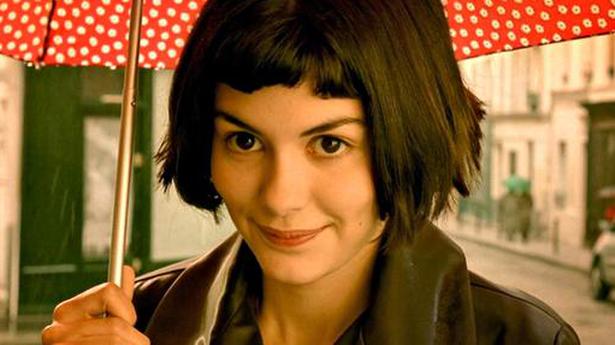 The disruptive love of Amélie Poulain

I was 21 when I first watched Jean-Pierre Jeunet’s Amélie, a French film about a 23-year-old Parisian waitress. As an introvert, I felt represented: the vivid primary colour palette, Yann Tiersen’s melancholic music, the quirky characters and eccentric vignettes. Amélie had canonised the language of isolation. The portrait of a sad and dreamy frog in a well wore the vibrant energy of a happy beast in the wild. A gaze was reinvented: Mundanity became an adventure of repetition, ordinariness became a playground of possibility, and fantasy became both ailment and cure. Loneliness felt hopeful – more like an acquired superpower than a hereditary disease. For once, silence sung a voice.

Amélie’s infatuation with a strange young man felt like an afterthought. It looked like a token insert, reiterating the long-standing cinematic misconception that a losing protagonist can only be rescued by the emergence of a soulmate. Over time, however, as I’ve struggled with the paradoxical pitfalls of adult companionship, my personal focus has shifted to Amélie Poulain’s love story. Over time, I’ve learned that the madness lies in the failed method of this romance.

Introverts are essentially people disappointed with the concept of people. Amélie grew up with neurotic and distant parents. By the time she moved away, she had already taken refuge in a make-believe world where every moment has a feeling. As a waitress working at a cafe, Amélie’s disenchantment with people – their puerile predictability, their wasteful routine – reaches its peak. She is tired of viewing them as bullet points of likes and dislikes. When she finds a box of someone’s old souvenirs, Amélie chooses to rebrand fact as the escapist fiction that kept her adolescence afloat. To inject life with her grammar of imagination, Amélie elevates humanity from noun to adjective. She reunites a reclusive man with memories from his childhood. She plays cupid by triggering an improbable romance between her fragile co-worker and a difficult customer. She fools the bitter concierge into believing that her cheating husband had sent her a conciliatory letter before his death. She inspires her mournful father to travel the world. She even teaches her rude neighbourhood grocer a lesson.

Amélie executes these forged deceptions of destiny like an artist weaving hidden symbols into complex artwork. She affects people, indirectly, in creative ways that marry her introverted spirit of seclusion with her extroverted affection for escapade. And in a manner that renews their faith in fate. She doesn’t simply deliver the souvenirs to the stranger; he is unsuspectingly lured into a phonebooth only to ‘discover’ the box there. She slyly incepts ideas into her colleague and father’s heads with well-timed gossip and globe-trotting gnomes. She painstakingly designs a handwritten letter for her concierge, and rigs her grocer’s house Home Alone-style. By resorting to stunts, Amélie reveals destiny as the domino effect of deflated dreams.

But Nino is the glitch in Amélie’s matrix of little pleasures. Amélie has the power to transform the everydayness of life into an exciting obstacle course of gestures. But that power disappears during her cat-and-mouse search for a soulmate. Her scenes with Nino never play out according to plan. The carefully constructed mystery of their meetings is punctured by the primal spontaneity of the heart. Despite her valiant efforts to choreograph the perfect union, Nino recognizes her at the cafe before she reveals her identity. Another time, Amélie misreads his contact with another waitress. At the photo booth, he is too preoccupied to notice her. And when Nino appears at her doorstep, she hesitates, and bumps into him after a tragedy of errors. The moment is awkward, undesigned, and she seals it with a smattering of tender pecks instead of an all-consuming kiss.

The romance of Amélie feels like an afterthought because it demands doing – which is the aftermath of thinking. For most people, finding love is a dream come true. For introverts, it’s the alarm clock that disrupts their dream. It defies every fibre of their being. It isn’t so much about falling in love as it is about making peace with the disappointment of falling in love. The pursuit rarely matches up to the grandiose visions of pursuit. This chasm is addressed in a wonderful scene towards the end of the film: A dejected Amélie returns to her flat and imagines the life she’s always wanted: She is baking a plumcake, Nino buys some yeast, sprints back upstairs and covertly caresses the bead curtains of her kitchen. But when she actually turns to look, it’s her cat brushing the beads – an image that snaps her back to her lonesome truth. Her lips quiver with dashed desire. Amélie has spent so long dreaming about her reality that she has forgotten to realise her dreams.

Moments later, Nino knocks on her door. Minutes later, she clutches onto his waist as they barrel down the street on his scooter. Amélie gets her happily ever after. Credits roll. It looks rushed, surreal, but for good reason. Now, if this were the final shot of Inception, the frame would cut to black just as the totem begins to wobble on her kitchen table.