For many people in their 20s, 30s and 40s, the last few days have perhaps been the most eventful phase of their lives, as we collectively witness the world battling COVID-19.

But what about those of the Silent Generation (1925 to 1942) and the Baby Boomers (1943 to 1964)? Most of them were alive when India got its independence — many, despite being too young to make sense of it then, have fairly vivid recollections of the time now. There were other subsequent episodes of social drama, many of them threatening their livelihoods and lives, that they witnessed. We ask them for their stories:

A disease outbreak, ages ago

“Looking at the recent news reports, I could only think of the time when my village in Thiruvannamalai was struck by the plague and smallpox,” says V Balambal, 87, from Chennai. “It was sometime between 1942-47. Residents were throwing out everything from their house — from vessels to even the thatch of their homes — you could call it the disinfecting of the olden days.”

Mass vaccination campaign was launched in Madurai in 1962

“I did not know what smallpox was. I only heard that someone living on the same street had contracted it. I was strictly prohibited by my mother from visiting that house. But curiosity got the better of me. What I saw that day — a woman with a severe case of smallpox — is still etched in my mind.”

“Everyone was confused, they did not know how to deal with something like this. With livelihoods lost, many families were starving. My father, who was a farmer, made everyday trips in his bullock cart to a particular spot in the village. He then used to distribute rice, pulses and ragi to people using his marakka (a measuring cup) free of cost.” 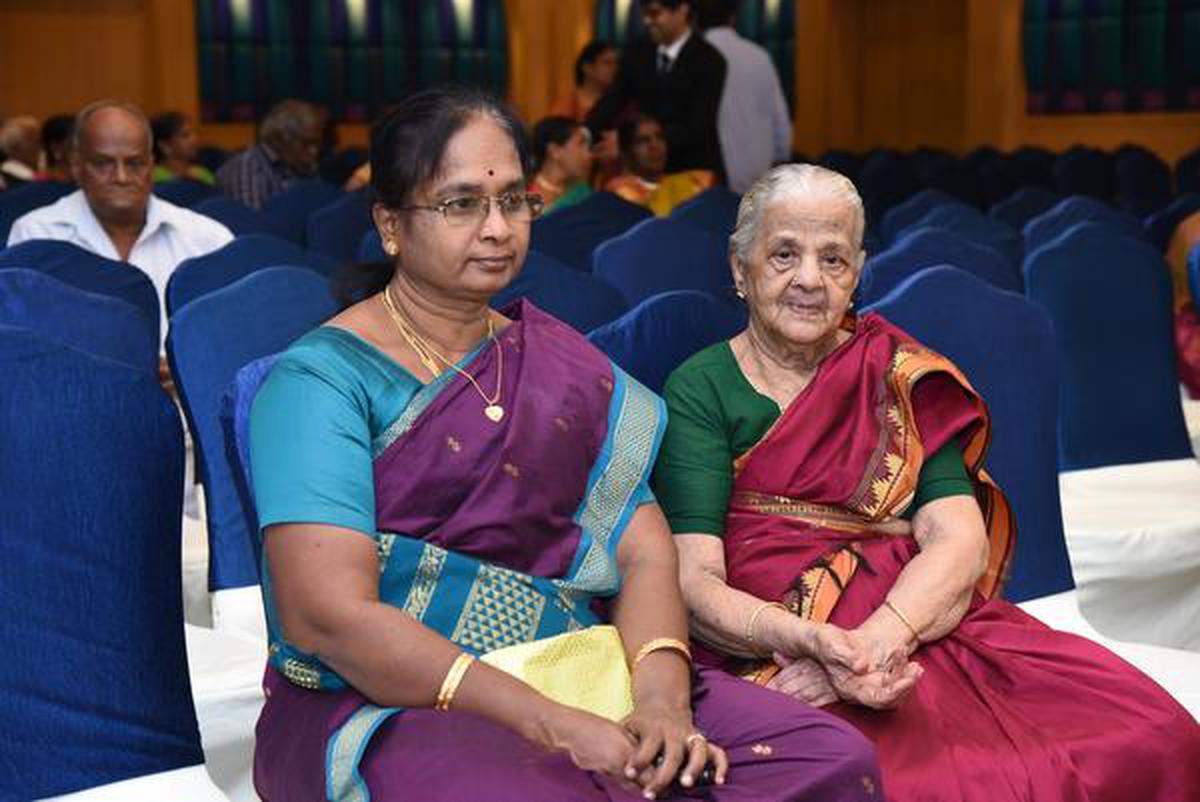 “I never thought I would see something like that again. And yet, here we are. I see people walking several hundred kilometres to their hometowns. I only hope there is someone like my father who can help them.”

If ‘lockdown’ is the word recurringly used in the time of COVID-19, then ‘blackout’ was the buzzword during the 1965 Indo-Pakistan war. A Premchand, 72, remembers sticking newspapers on all the glass windows of his house in Bengaluru. “We were instructed to do this and promptly all windows were taped up to prevent flying glass from the potential bomb blasts. The blackout lasted for about two weeks,” he recalls. 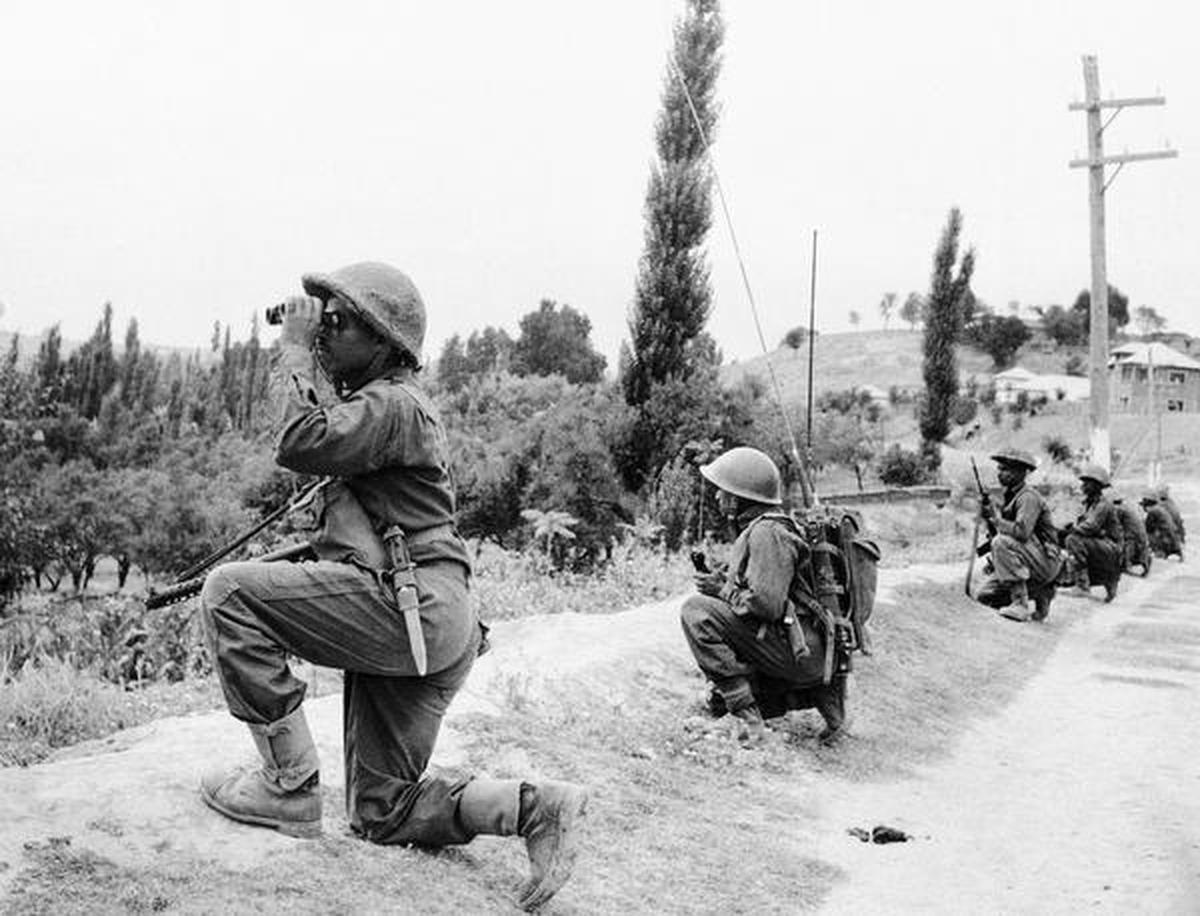 Indian troops on the move in Kashmir against guerilla forces during the second war over Kashmir.

Premchand was 17 then, preparing for his exams at St Joseph’s College. “Like the lockdown we are experiencing now, we were not allowed to venture out after 8 pm. So, I would just sit at home and study.” 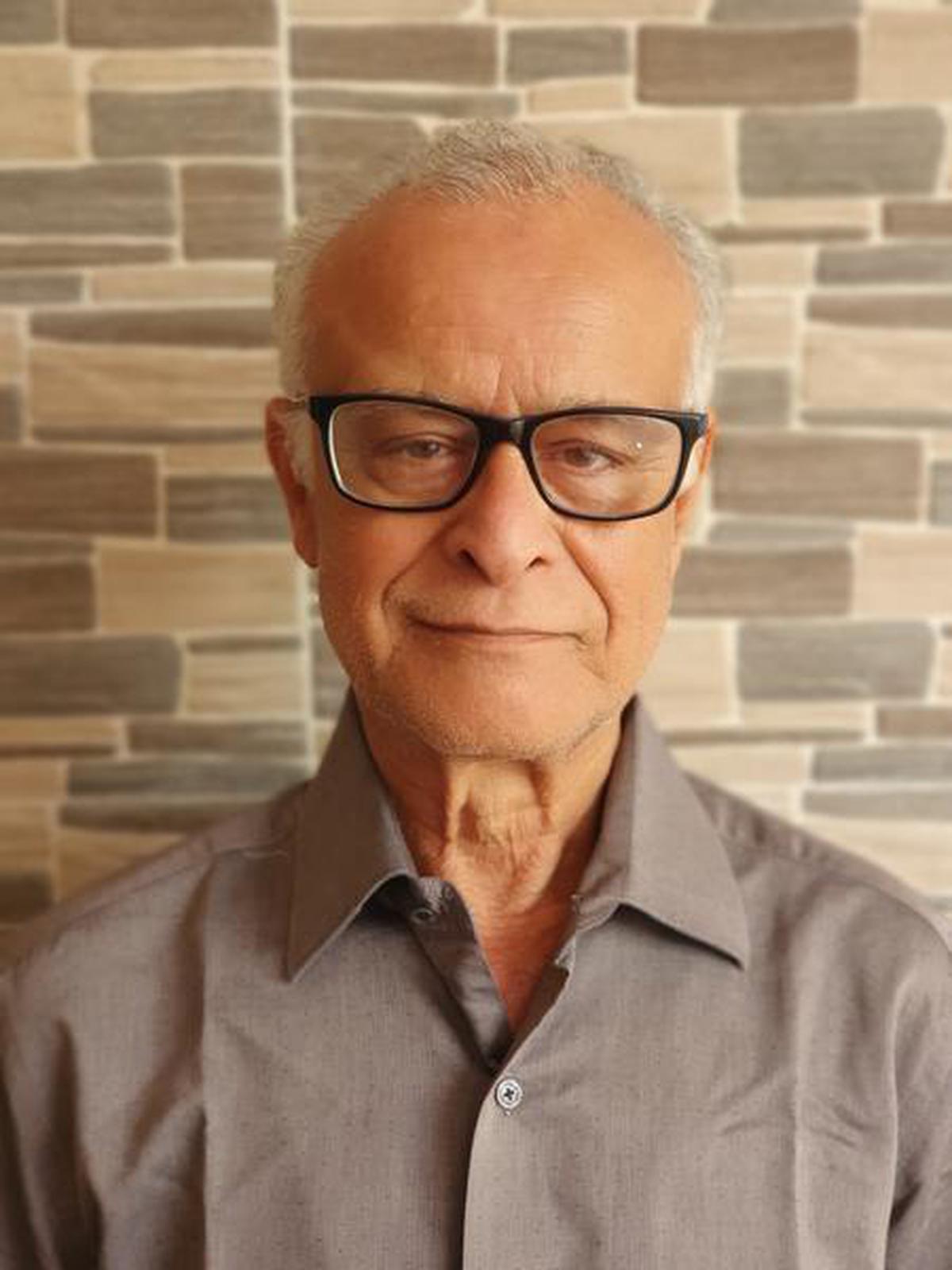 Premchand also talks about how the flow of information was restricted during the 18-month Emergency (1975-77). “All newspapers were heavily censored. Some dailies came with just three or four pages. And, there was no TV back then. Apart from the papers, the only information we got was through the radio.”

Despite living through these extraordinary phases, the COVID-19 outbreak, Premchand says, “is new for me. I feel it’s like the Third World War.”

KN Anantharamaiah, now 87, is the president of BTM Cultural Academy. He had to cancel the academy’s music programmes due to the COVID-19 lockdown. In his near nine-decades of life, the lockdown due to the pandemic, he says, is an extraordinary phase. But it’s not the first time he’s seeing such times. Anantharamaiah recalls with amusement how his family lived during wars without continuous electricity. “We would get half a bottle of kerosene per family for a week. And, we had to manage both cooking and use it for our lanterns. Food shortage during war introduced South Indians to wheat flour for making chapatis. Rice and ragi were our staples till then,” he says.

He was in middle school in Tumkur in 1945, when the Second World War was nearing its violent climax. “There was an acute shortage of pulses, cereals and other food grains. I remember accompanying my father to ration shops where we would stand for hours for getting imported Siam rice. My mother would often make fun of this rice that got easily mashed when cooked. ‘The Government gives rice for making payasa!’ she would joke even during those troubled times.” 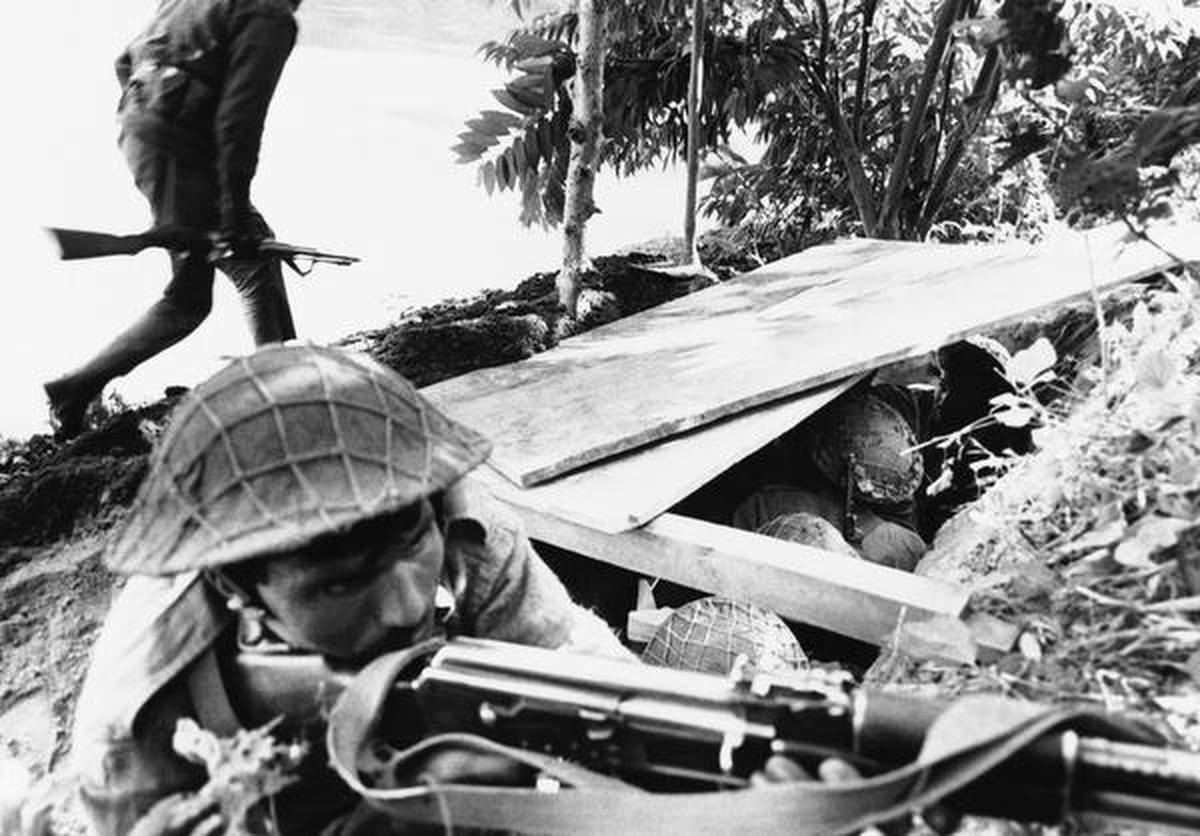 A Pakistani soldier aims his rifle as a fellow soldier runs for cover during Indian shelling of Pakistani positions in the Jessore area of East Pakistan.

During the Indo-Pakistan War of 1971 — remembered by Bangladeshis as the Liberation War — R Venkatanathan, now 74, travelled nearly 40 kilometres every day to reach Fort from Nerul in Mumbai. “I remember the blaring sirens when we were asked to lie down on the road in the crowded VT [Victoria Terminus] once while returning home. Thankfully the panic was cleared as the enemy planes were chased away by our Army,” says Venkatanathan, who was working for the Reserve Bank of India at the time. 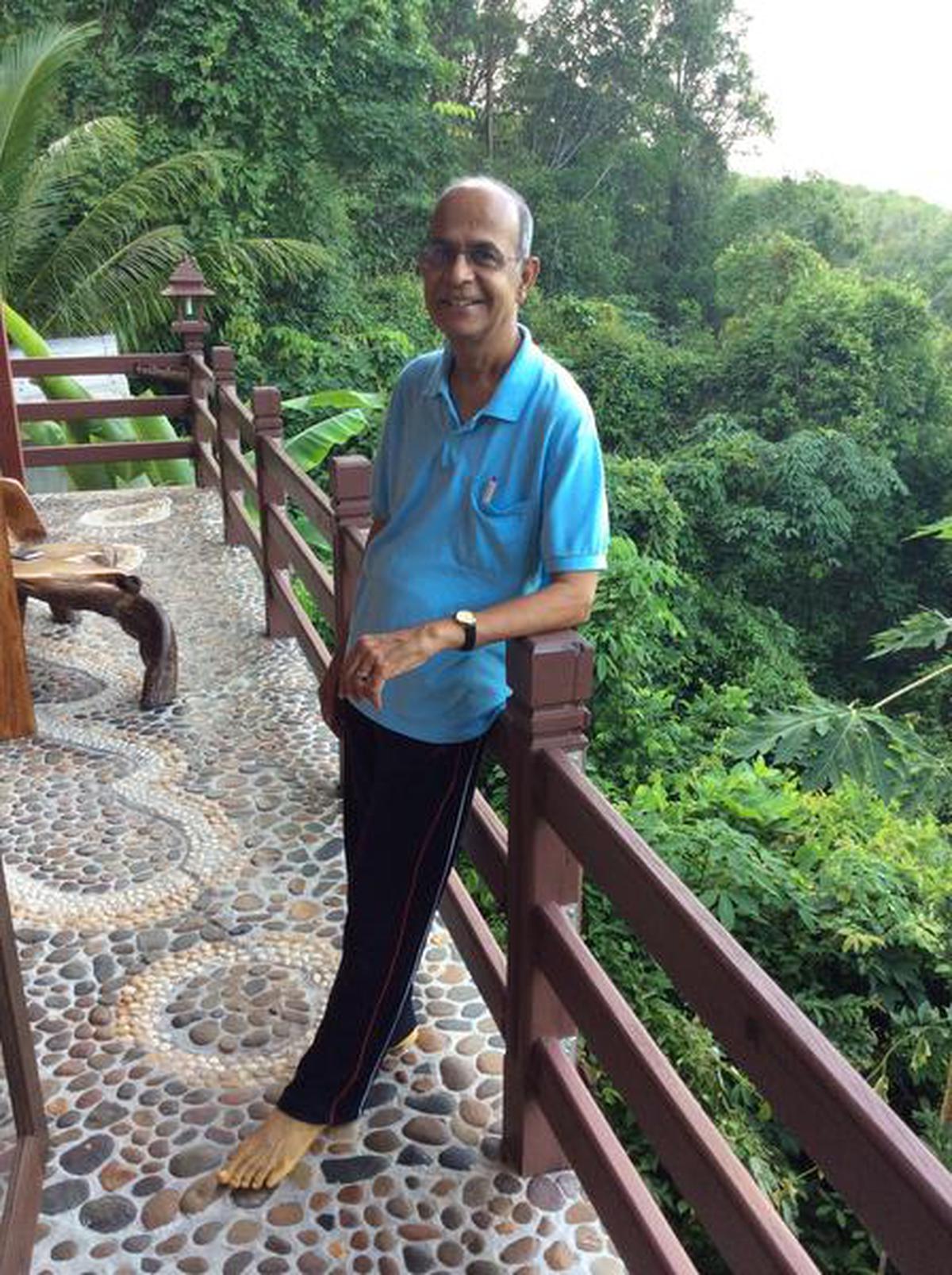 Venkatanathan is now the secretary of the NGO, SOCARE, which takes care of children of life-convicts in Bengaluru.

Middle-class people like him in Mumbai, he says, have had to face many troubled times. “During wars, we had a scarcity of rations. Restaurants would be closed in the financial capital swarmed by people. Even marriages would have only 25 people attending. The worst was our wardrobe — it hardly contained two or three pairs of pants and shirts. We had to wash our clothes every day, so that we would have something to wear for the next day,” recalls Venkatanathan.

The occasional violent rains in Mumbai wreaked as much havoc as the wars did, if not more, he reckons. “The one thing I vividly remember about Mahatma Gandhi’s assassination is the radio broadcast about the incident,” says A Prasanna Kumar, an 84-year-old resident of Visakhapatnam.

Born and raised in Machilipatnam, a city in Krishna district of Andhra Pradesh, Prasanna Kumar says that the whole city went silent on hearing the news. “Nobody waited for the Government to announce a holiday. Everything was shut voluntarily. As school kids, we did not understand the gravity of the situation, but I knew that something terrible had happened as we were instructed not to make noise. The whole city was in a state of shock and there was pin-drop silence,” says the professor who moved to Visakhapatnam 65 years ago to join Andhra University. “People mourned his death the way families mourn the loss of a dear one. I remember friends and family who fasted till the cremation was done. Prayer meets were held everywhere. Newspapers flew off the stands as everyone wanted a copy. People were glued to the radio as they waited for details and commentary about his cremation. Unfortunately, as a kid I did not understand the magnitude of the situation; for me and my friends this loss meant a school holiday,” he adds.

Bhuri Bai, a tribal girl from Madhya Pradesh, whose artwork…

What each and every zodiac signal is lacking probably the…