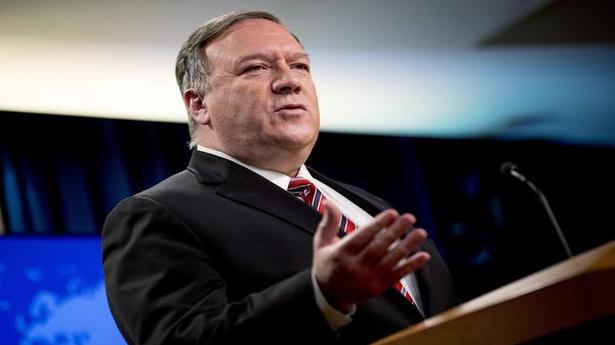 US Secretary of State Mike Pompeo has warned China on “impinging” on Hong Kong’s autonomy and freedom, saying it will inevitably impact US’ assessment of the ‘one country, two systems’ policy and the status of the territory.

Hong Kong merged with the Chinese mainland in 1997 under the ‘one country two systems’ principle worked out between Britain and China. The principle grants certain degree of autonomy from China to Hong Kong which is officially called the Hong Kong Special Administrative Region.

“Any decision impinging on Hong Kong’s autonomy and freedoms as guaranteed under the Sino-British Joint Declaration and the Basic Law would inevitably impact our assessment of ‘one country, two systems’ and the status of the territory,” Mr. Pompeo said in a strongly-worded statement on Sunday.

“It has recently come to my attention that the Chinese government has threatened to interfere with the work of American journalists in Hong Kong,” he said.

These journalists are members of a free press, not propaganda cadres, and their valuable reporting informs Chinese citizens and the world, Mr. Pompeo said.

Earlier in the day, in an interview to Breitbart News Network and SiriusXM Patriot, Mr. Pompeo said he was aware of the threats that foreign journalists were receiving in Hong Kong.

“We know how communist regimes, how autocracies behave. When they know that they have done things that are wrong, they strike out; they try to blame others. I think that’s what you’re seeing.

“They also try to maneuver around the world through disinformation, and we have been clear — President Trump, myself, the State Department have been clear — about making sure that everybody understands the facts surrounding the Chinese Communist Party. We were at this long before the coronavirus, where we called out the fact that they had kicked out American journalists,” Pompeo said.

He said the US had been talking about the fact that China did not follow their own promises, their commitment not to arm the South China Sea, to put weapons there.

“They promised they wouldn’t do it. They have done it. They have promised a commitment to the people of Hong Kong with ‘one country, two systems’ They continue to diminish freedom in Hong Kong,” he said.

“This goes — when it comes to what the Chinese Communist Party is doing, it goes so far beyond just what’s happened in the time of this coronavirus. I think the American people and I hope people all across the world understand the risk to the globe, to freedom-loving countries and democracies around the world, that are presented by the actions of the Chinese Communist Party,” he said.

Mr. Pompeo, a known critic of China, he criticised Beijing in the past for its handling of the coronavirus outbreak.

US President Donald Trump has also slammed China over the coronavirus outbreak, saying Beijing should have acted sooner to warn the world.

Trump has been pressing China to agree for an inquiry into the origin of the virus, including the allegation that it emerged from a bio-lab in Wuhan. He has threatened to cut off “the whole relationship” China.

China has denied America’s accusation of covering up the extent of its coronavirus outbreak and accused the US of attempting to divert the public attention by insinuating that the virus originated from a virology laboratory in Wuhan.

“China was the first country to report the COVID-19 to the World Health Organisation (WHO), (and) that doesn’t mean the virus originated from Wuhan… There has never been any concealment, and we’ll never allow any concealment,” Chinese Foreign Ministry spokesman Zhao Lijian said last month.

“A discerning person will understand at a glance that the purpose is to create confusion, divert public attention, and shirk their responsibility,” he said.