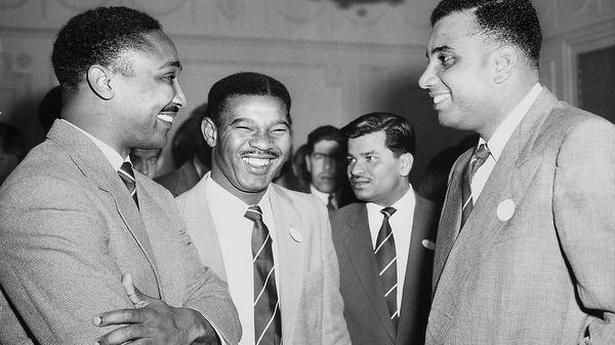 Cricket’s biggest names, most of whom could hear only stories of Sir Everton Weekes’ exploits from the bygone era, on Thursday remembered the “great” batsman and a “greater human being” in glowing tributes after he died aged 95.

ICC: As one of the remarkable ‘Three Ws’, along with Sir Clyde Walcott and Sir Frank Worrell, who together struck 39 Test centuries, he played an important hand in a period that marked the rising dominance of West Indies cricket.

Sachin Tendulkar: Had heard many stories about his batting along with the other Legendary 2Ws. You will be missed Sir.

Viv Richards: One of the greatest cricketers from the country. A true icon. Rest In Peace, legend!

Anil Kumble: “Had met him during the ICC conference in Barbados. He remembered a conversation we had during his time as match referee.”

V.V.S Laxman: He was one of the greats of the game.

Mike Atherton: A humble man who wore his greatness lightly.

Ian Bishop: Never once did I leave his presence without feeling a sense (of) warmth, cheerfulness & having learnt something rich & endearing each time. A truly great human being.

Darren Sammy: We lost a legend today. Sir Everton Weekes is part West Indies cricket’s great history and legacy. He also was a great human being.