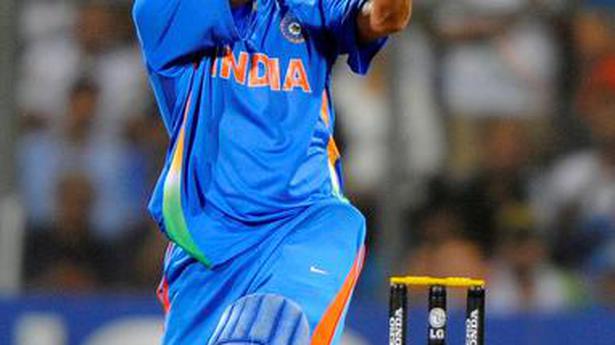 Nine years on, Dhoni on the crossroads

The stands were a blaze of light. In the middle, though, M.S. Dhoni shone the brightest.

His bat speed and dextrous wrists had combined wonderfully as he sent a full ball from Nuwan Kulasekara for the maximum over long-on in the maximum city. You can freeze the frame.

The stunning shot brought an entire nation to life. India had, on April 2, won the 2011 World Cup at Mumbai’s iconic Wankhede Stadium.

Dhoni was captain courageous in a big game — the summit clash — promoting himself ahead of the in-form Yuvraj Singh when the contest was delicately balanced at 114 for three; India was chasing a challenging 275 against the gallant Sri Lankans.

And along with a resilient Gautam Gambhir (97), he first ran like a panther between the wickets and then cut loose in what was a brutal onslaught.

Dhoni’s 79-ball unbeaten 91 had guided India to a raucous six-wicket triumph. And the spectators swung to the rhythmic beating of the drums as if there was no tomorrow.

Outside, there were traffic jams. The skipper was the toast, made all the right moves.

That was then; Dhoni at the height of his powers. Now, the scenario is different. Time waits for no one and Dhoni is pushing 39. Deep down Dhoni realises that his best days are behind. But then, he still has the eye of the tiger.

Had not Martin Guptill scored a sensational direct hit in the 2019 WC semifinal, he and India might have had a different story to tell.

Dhoni, on 50, was lining himself for the big hits. India was in doldrums at 92 for six, when he rallied with an inspired Ravindra Jadeja to keep the Men in Blue in the hunt. Under the circumstances, the criticism that Dhoni came under was harsh and without reason.

In the IPL, he has whipped up spectacular moments in the last two seasons, making the impossible possible. And he still possesses the fastest hands behind the stumps.

Yet, the odds are loaded against a Dhoni comeback for the World Twenty20 with the Coronavirus pandemic putting a huge question mark over the IPL and a stage for the CSK skipper to conjure blitzkriegs and put himself in India contention.

The luminous star of 2011 now finds his career at the crossroads. Will there be one final Dhoni hurrah for India?

2020-04-01
Previous Post: Lesser-known gem stones from Pandit Ravi Shankar
Next Post: Janhvi Kapoor sits on sister Khushi’s lap in heat include: ‘She loves having me around’. See percent