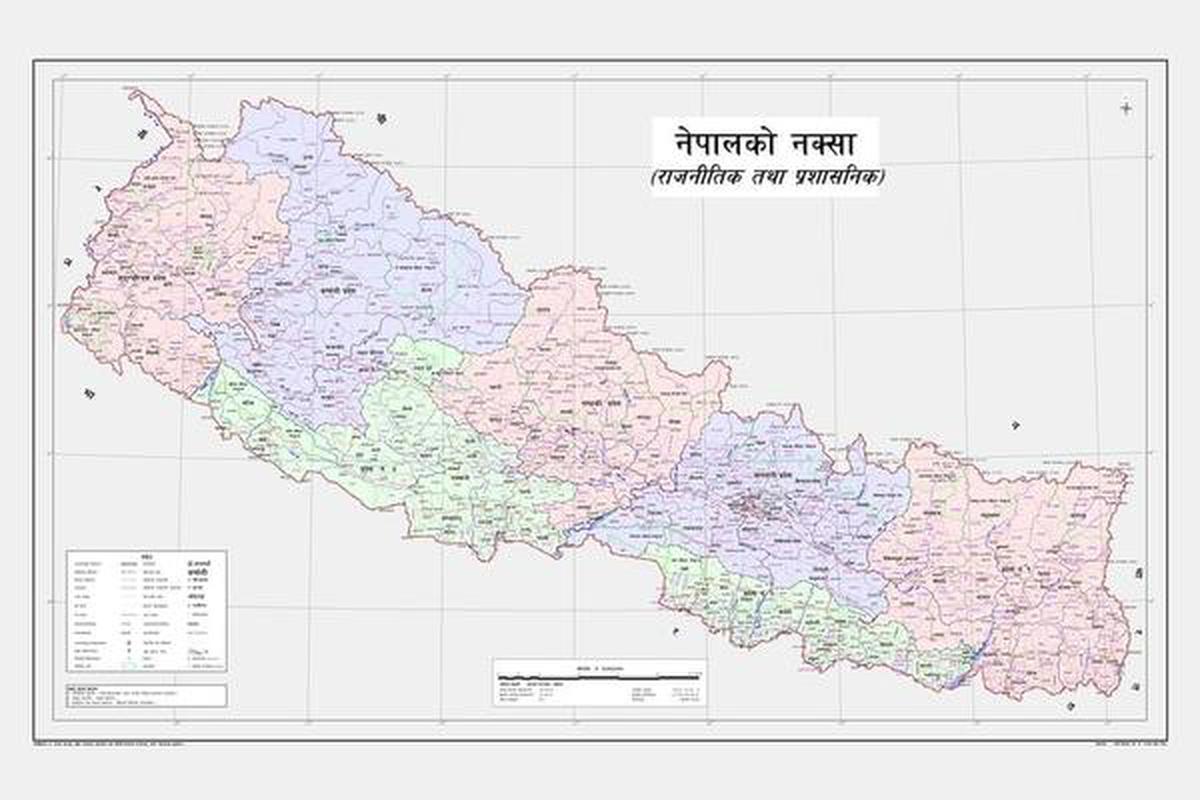 The Upper House of Nepal Parliament on Thursday passed the Second Constitution Amendment Bill 2077 (Vikram era), with all 57 (one post has fallen vacant and the Chairperson doesn’t vote) members voting in favour of the new map that claims parts of Indian territory in Pithoragarh district. President Bidhya Devi Bhandari signed the Bill hours later in her official residence, Shital Niwas.

Also read: Will sort out differences with Nepal through talks: Rajnath Singh

The voting and the presidential authentication completed the legislative procedure of the Bill that was taken up by the government of Prime Minister K.P. Sharma Oli, after India inaugurated the Darchula-Lipulekh link road on May 8. Nepal immediately protested, saying the road violated the status quo of the region, which it described as “unresolved”.

The process of passing the Bill, which was cleared unanimously by lower House Pratinidhi Sabha was fast-tracked. The completion of the legislative process means the new map will be part of the national emblem of Nepal. The Parliament secretariat had started using the revised map in all its official letterheads and posters. It is likely to be featured prominently on the promotional documents regarding tourism in Nepal.

The formal inclusion of the map in the Constitution gives a rare kind of guarantee to the physical territory of the Nepalese state that makes future negotiations with India on the Kalapani issue difficult. However, Nepal has maintained that it remains open for dialogue.

Spokesperson of the Ministry of External Affairs Anurag Srivastava had said the amendment amounts to “artificial enlargement of claims that are not based on historical fact or evidence and is not tenable”.