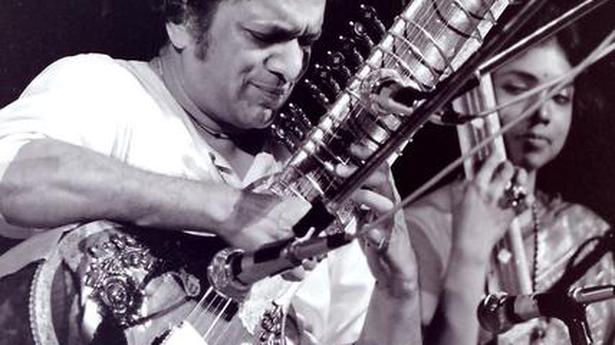 At a press conference in Mumbai around two decades ago, a journalist asked sitar maestro Pandit Ravi Shankar what it felt being the “godfather of world music”. Poker-faced, he replied, “Do I anywhere look remotely as handsome as Marlon Brando?”

Besides being one of India’s leading classical music exponents, Shankar has been behind some outstanding projects fusing Indian and international musical styles. To mark Shankar’s birth centenary various events had been planned, including one in London featuring Anoushka Shankar and Norah Jones. Sadly, they all stand cancelled because of the outbreak of COVID-19 pandemic. As we approach his birth centenary on April 7, it’s an opportune time to listen to some of his experimental albums.

Here are five albums that are evidence of Shankar’s innovation, global approach and musical broad-mindedness. All of them are available on the Internet. The first, is the album Symphony, released seven months before Shankar passed away on December 11, 2012. Set in a four-movement symphony format and based on Indian melodies, it features the London Philharmonic Orchestra conducted by David Murphy, with daughter Anoushka Shankar on sitar. The third movement ‘Scherzo’ leaves me with goosebumps.

Besides the symphony, Shankar had also worked on an opera titled Sukanya. It is based on a tale from the Mahabharata, and was performed by Murphy with the LPO, with an ensemble cast. It was released as a double CD in 2017, and features both operatic singing styles and Indian instruments. Check out the tracks ‘Tarana’ and finale ‘New Life’. Third on our list is Transmigration Macabre, containing music from the 1967 avant garde horror film Viola. Not a widely known work, Shankar never mentioned it when asked about his international projects. But it’s unique in its own way, and chilling in parts.

A more popular album is Jazzmine, Shankar’s attempt at drawing the link between Indian classical and folk music with jazz. Though this connection is less apparent in the first half, it comes across beautifully in the finale ‘Misharank’, The live ‘preview’ performance at the 1980 Jazz Yatra in Mumbai featured alto saxophonist John Handy, tenor saxophonist George Adams and keyboardist Louiz Banks.

Finally, we have the 1996 release Towards The Rising Sun, where Shankar and tabla maestro Ustad Allarakha team up with Japanese musicians Susumu Miyashita on koto, a stringed instrument, and Hozan Yamamoto on shakuhachi, a type of flute. The piece titled ‘Improvisation On The Theme of Rokudan’ is absolutely extraordinary.

2020-04-01
Previous Post: Homeschooling is being mentioned vigorously as colleges have closed because of the Covid-19 lockdown
Next Post: Nine years on, Dhoni on the crossroads