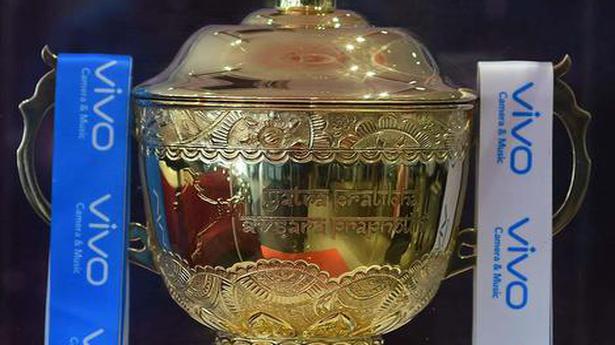 The Board of Control for Cricket in India (BCCI) has changed its stand on Chinese sponsors for the Indian Premier League (IPL) by announcing that the IPL Governing Council will “review various IPL sponsorship deals” next week.

“Taking note of the border skirmish that resulted in the martyrdom of our brave jawans, the IPL Governing Council has convened a meeting next week to review IPL’s various sponsorship deals,” read a tweet on the IPL’s verified handle late on Friday night.

The move is in stark contrast to the Board’s stand on Thursday when treasurer Arun Dhumal had said that the BCCI had no plans to revisit the IPL and BCCI sponsorship deals.

Despite the fate of IPL-2020 continuing to remain uncertain, all the sponsorship deals are long-term.

If the BCCI decides to terminate the deals and invite new bids for the next edition — be it 2020 or 2021 — it may severely dent BCCI’s coffers.

According to Impact of COVID-19 on revenues of world cricket and Indian sports, a paper published by former IPL chief operating officer Sundar Raman, 18% of global cricket revenue is generated through sponsorship.

When it comes to the IPL, Raman noted that sponsorship makes up 30% of the annual revenue, with broadcast deals (65%) and gate receipts (5%) making up the rest.

2020-06-20
Previous Post: Yoga gurus and practitioners talk about the usaand downs of on-line instructing classes
Next Post: Australia opener David Warner has asserted that if T20 World Cup is postponed and IPL is given the October-November slot, then Australian gamers will no doubt come to play within the India Premier League (IPL).