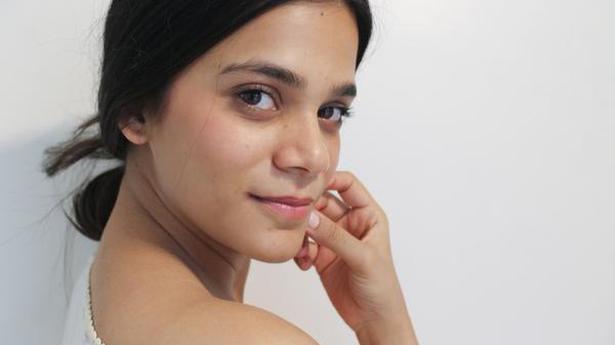 Srishti Shrivastava lives in Kandivali with her mother and grandmother while her father works in Indonesia. Two aunts stay in the vicinity. This little world of hers in the mega city is one in which women rule. Right now, however, they have forgotten all else and seem to be blinded by the fact that she is in a movie — Shoojit Sircar’s Gulabo Sitabo — and can’t get over how well she has acted in it. “ ‘Kaise kar payeen tum (How did you manage to do this)?’, they keep asking me and are using all the attention to further their own popularity,” laughs the young actor, adding, “We are hardcore, cool women!”

Her statement reflects the sorority one sees in Gulabo Sitabo in which Shrivastava, as Guddo, plays leader of the pack. She plays the eldest of Baankey’s (Ayushmann Khurrana) three sisters and, along with the mother, rules the roost and not only within the confines of her home but also in the group of tenants who live at Fatima Mahal. Educated, aware and ambitious, audacious and a fighter for her rights, Guddo is delightfully free-spirited even as she is rooted and responsible. “I knew when I read the script that the character would be mad fun,” she says. It’s a role she bagged, thanks to casting director Jogi Malang’s keen eye. For Shrivastava it wasn’t about the duration of her presence on screen but the fact that her scenes in the film were all very strong. While the actor was confident that her part was good, she never imagined that the response would be so overwhelming, post the film’s release online.

Guddo is not exactly the way Shrivastava is in real life. “Ek toote phoote mahal ke chhote se kamre mein rah rahi hai (She lives in a small room in a decrepit mansion). But there is something real and refreshing about her. I want to be as fearless as she is. Particularly [during the] lockdown we are being taught to not to be scared about things,” she says. The actor’s approach to interpreting Guddo was to do less in the scene, yet have the most control.

Though born in Lucknow, Shrivastava did most of her education in Mumbai at Podar and Sophia. She always knew she wanted to be an actor but didn’t have the prior experience of performing on stage, to be able to apply for the National School of Drama. Eventually she trained at the Drama School Mumbai and has worked as a freelance actor with theatre directors like Manav Kaul, Niketan Sharma, Atul Kumar, Mahesh Dattani among others.

Younger viewers would know Shrivastava for TVF’s Girliyappa and the regular film-going audience for playing Albina, the girl with whom Safina (Alia Bhatt) has a massive fight in Gully Boy. And then again, regular Mumbai theatregoers will remember watching her on stage at Prithvi and NCPA, in plays like Faezeh Jalali’s Shikhandi: The Story of the In-Betweens and Manav Kaul’s Chuhal.

Gulabo Sitabo threw her into a whole new world, in the thick of seasoned star-actors — Amitabh Bachchan, Ayushmann Khurrana, Farrukh Jafar, Brijendra Kala, Vijay Raaz. “I was a little unsure the first day but Shoojit sir worked with me,” she says. Shrivastava describes Bachchan as “inspiring”, recalling the scene in builder Munmun’s office where the towering actor bent down a little to appear even shorter than her. Khurrana made things easy and was a “blast on the set”. Raaz would tell stories all the time and she found him and Kala as the ones who were always chilling. “They are so experienced that when they are playing a scene they are the most stress-free,” she adds.

What made the most impact on her was the entire energy of the film set. It was about enjoying being in the moment, as it happens in a play on stage. She recalls. “The entire team of assistant directors, production people, sound dada were so excited to create this world.”

A Lucknow film for a Lucknow girl. Must have been a perfect fit? Yes, and also not quite. Her birthplace is where one of her uncles still lives but the frequency of her visits has reduced. Of late, she’s travelled to the city with her plays and performances. But she tried to make the most of it in her 30-odd days stint for Gulabo Sitabo. For every three days of shoot, she would get a day off, and that’s when the actor reconnected with the town, walking on her own for chaat at Shukla’s, Shree’s chhole bhature and lassi and to the old bookstores to just browse. While her link with Lucknow may not be as strong any more, the family is culturally still very rooted in Uttar Pradesh, “The Kandivali home is where our family has preserved the essence of UP,” she asserts.