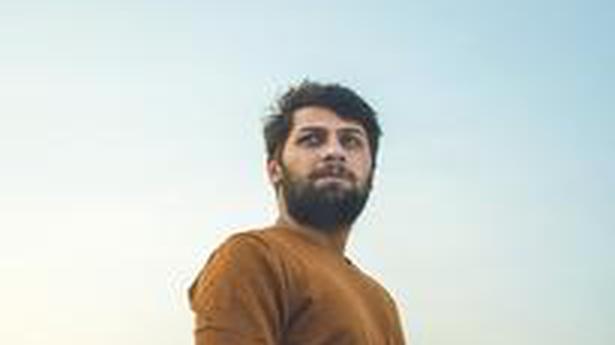 The long wait for your first album to release can be frustrating. That was the case for Kaushik Krish too, but now, the lockdown has become a blessing in disguise.

His title track from Odavum Mudiyadhu Oliyavum Mudiyadhu (OMOM), sung by HipHop Tamizha Aadhi and written by Saravedi Saran, released a few days ago and is currently trending on YouTube.

Its tagline reads ‘An irrelevant song to an irrelevant situation’, but the 27-year-old composer assures that it has nothing to do with either COVID-19 or the lockdown. “It (this song) was composed and ready more than a year ago,” reveals Kaushik. It was finally scheduled to be released a few weeks ago, but that did not materialise due to the lockdown. “Sometimes, things get delayed for a certain reason.”

That has certainly worked to the advantage of the composer, whose association with music started long ago when he was in Class X. “Back in school, I had a Yamaha keyboard and used to play Yuvan and Harris compositions at cultural events. After a point, I started composing on my own,” he states.

He says he had no clue about how to process or mix a track in college. This was when he became friends with Jeeva, who would subsequently join ‘HipHop’ Aadhi and compose music for albums and Tamil films. Around that time, Kaushik realised that music was his calling. And now, after a 10-year association with that team as a sound engineer and singer (numbers in Thani Oruvan and Imaikkaa Nodigal, among others), Kaushik has branched out on his own… to team up with Ramesh Venkat of ‘Eruma Saani’ fame for OMOM.

Basking in the success of the title track, Kaushik is ready with his next set of tunes. Up next will be an ‘amma sentiment’ song sung by Shakthisree Gopalan.

There is another one that introduces the many characters in the film, played by actors like Sathyamurthi, Vijay Kumar, Munishkanth Ramdoss, Yashika Aannand and others. “I’ll decide what to do next depending on the reach of these songs. There are talks with the ‘Eruma Saani’ team for another script currently. It depends on how they materialise,” he says.