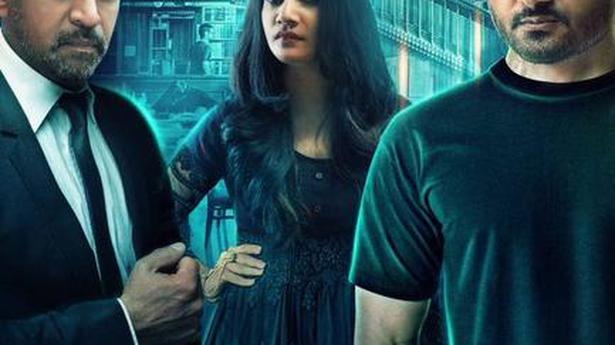 Since donning the yellow jersey to play for Chennai Super Kings in the IPL, cricketer Harbhajan Singh has been on a charm offensive, tweeting posts in Tamil much to the liking of CSK supporters. Many only viewed it as a natural transition when it was announced that the former India international cricketer had signed on to appear in a Tamil film titled Friendship.

Harbhajan took to Twitter to share his delight after the first look poster of Friendship was revealed by the production team. He wrote: “Amid the cry of thunder and lightning, here we set foot in the territory of Superstar, Thala, Thalapathy and Ulaganayagan…” (loosely translated from Tamil).

Alongside Harbhajan are his co-actors Arjun Sarja and Bigg Boss Tamil fame Losliya Mariyanesan. A motion poster of the film too was released that shows chemical equations written on a blackboard and the final shot shows Harbhajan with a cricket ball. Friendship is touted to be a campus thriller film.

Directed by John Paul Raj and Sham Surya, Friendship’s motion poster suggests an August 2020 release for the film but with uncertainty over the reopening of theatres due to COVID-19, the release day may yet get postponed. Santha Kumar C has handled the cinematography while music is by DM Udhayakumar. Sham Surya is also the choreographer for the film. Friendship is produced by Seantoa and Cinemaass studios.

Friendship is not the only Tamil film Harbhajan will be seen in. He is also set to play a character in the upcoming Santhanam film, Dikkilona. Another former Indian cricketer, Irfan Pathan, too is set to make his debut in a Tamil film with the Ajay Gnanamuthu film, Cobra, that stars actor Vikram in the lead.