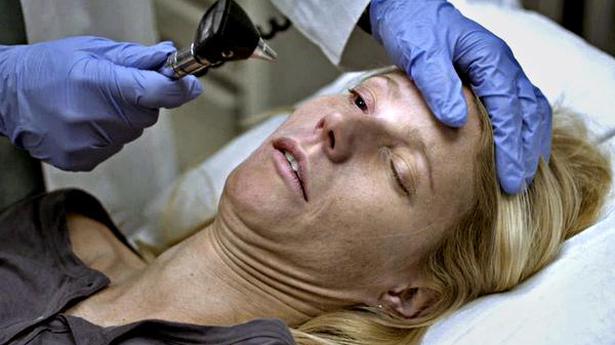 Guidebooks to surviving a plague

The world may be paralysed, but time is not. The future is looking at us. This pandemic will be remembered. It will be mourned and storified. Its people will be studied, and its leaders scrutinised. But the fact is that nobody knows how to feel. These are unchartered waters. Reality today is infinitely stranger than fiction, but fiction is the only point of reference we have. Dystopian thrillers like I Am Legend and A Quiet Place are being rewatched. Steven Soderbergh’s Contagion and Aashiq Abu’s Virus are being rediscovered – but they are also being embraced as a default guidebook.

These films are comforting in how their imagery helps shape our perception of events beyond our doors. For instance, the severity of the disease evokes the deadly symptoms and sterilised grimness of Contagion in my head. The administrative efforts to contain the spread evoke shots of the health minister (Revathi) and her team systematically chasing the sources of Kerala’s Nipah outbreak in Virus. The 21-day curfew evokes the deserted streets of Kozhikode, the hazmat suits of ambulance drivers and medical workers. Even the anxiety of staying isolated – and resisting the urge to reach loved ones – evokes the story of young Dr. Abid Rahman (Sreenath Bhasi) withering in guilt after sensing that he may be the carrier that infected Dr. Sara Yakub (Madonna Sebastian), his girlfriend and fellow resident.

For better or worse, cinema is the only prism through which we visualise the gravity of an unprecedented situation. It’s the only way some of us can approximate – and process – the fear, paranoia and damning singularity of a total lockdown. It’s the easiest answer to the toughest questions – Where To Go (nowhere) and What To Do (nothing) – in the syllabus of survival. But each one of us is reading these questions differently.

I associate this slow-burning sense of doom with an unlikely movie from my childhood. M. Night Shyamalan’s Signs is technically a sci-fi horror picture about an American family isolated on a corn farm during an alien invasion. But the magnitude of a moment dawning upon humankind has rarely been captured as eerily. It takes ages for the Hess family – single father Graham (Mel Gibson), his brother Merrill (Joaquin Phoenix), and his two kids – to realise that the starkness of uncertainty has snuck up on the snark of modern civilization. They can’t see the enemy coming. Instead, they obsess with news channels that inform their is-this-really-happening arrogance. With the danger at their doorstep, the two men bolt the windows shut with wooden planks, restricting movement and hoping against hope to survive the inevitable attack. Their two-storied farmhouse in the middle of nowhere is emblematic of the primal loneliness that has kicked in during this coronavirus pandemic.

I’m not sure why it’s only Signs that I think of. The mind reacts strangely when cornered by the unknown. Maybe it’s the unsettling scenery in front of my apartment – a barren field. You can almost see the breeze. The Signs theme rings in my head when I step out to go “hunting” for groceries. When I feel an itch in my throat, I hear the dog’s barking extinguished by the extraterrestrial shadows closing in. One scene in particular haunts me: Graham decides to cook everyone their favourite dish. Despite the feast at the dinner table, he snaps at his frightened children. Is this our Last Supper? The stress – and looming failure – of keeping his family safe briefly breaks him. Some days ago, as I spoke to my (stubborn) father who lives alone in another city, my voice cracked. Fleetingly, the frustration of being unable to shield my family had punctured me. At that moment, I thought of chicken teriyaki and french toast, two of the dishes Graham cooked that night.

Maybe I also think of Signs because it is a film about faith. Graham is an episcopal priest who quits the church after a personal tragedy. It takes nothing less than the proverbial end-of-days scenario – a twist of fate – to restore his faith in God. At some level, a part of me believed that this world was so broken that it would take an unmitigated disaster to trigger the dormant humanity in us. Long-lost friends would reconnect. We would live and suffer and grieve as one people. But a part of me now knows that this worldview reeks of social privilege. By virtue of having to end, a movie is obligated to tell us that a crisis always has a silver lining – perspectives are rebooted, cities rebuilt and lessons learned. Fiction has no patience for the ones who have no doors to shut. But life, like time, is saddled with the burden of moving forward – the poor and homeless devoured by aliens on panicked streets, with a revamped Graham preaching prayer to desperate survivors. Reality is a cumulative truth. One narrative exists only at the cost of another. The signs are clear: Ordinariness will become the aspiration, and recovery, the new currency of living. History has been made, but it is also being rewritten.