With most physical events cancelled, you can still groove to these virtual parties as you welcome 2021

In the early 90s, New Year’s Eve meant watching a lineup of special events and award functions. Then New Year’s parties became the norm with restaurants, pubs, bars and clubs offering a platter of celebrations targetting every member of the family. Revellers also travelled across seas to witness and participate in iconic festivities. And then COVID-19 popped its ugly head and brought all physical celebrations to a grinding halt.

But the revellers and organisers of all such merriment remain undaunted. Here are a few events that you can partake in virtually as you welcome 2021.

Every year, on the evening of December 31, Princes Street Gardens in Edinburgh erupts into an iconic street party, with fireworks, torch light processions and entertainment at the annual Hogmanay Festival. This year,

the festival responds to COVID-19 with innovation, bringing the first fully online celebration in the festival’s history. “We’re showing a three-part show (for free), with each part available at 7 pm (GMT) on December 29, 30 and 31 on www.edinburghshogmanay.com,” says a spokesperson from Underbelly, which is running the festival, adding that they have been working on the digital celebration since July. Last year, the event saw 1,85,000 attendees, with 26% of the audience coming from Europe, India, China, Australia and the US.

For the current edition, the team has worked with Jackie Kay, Scotland’s national poet, whose new poem forms the background for the show. “Visual development artist Gary Wilson has created a series of artwork that has been interpreted by drone company Celestial, while Scottish fusion band Niteworks has provided a new soundtrack. The show weaves in a story that starts in the Scottish highlands and then moves to the iconic Forth Bridges before arriving into Edinburgh, the home of Hogmanay. The drones dance and move in the air as we tell the story. The music and narration by actors David Tennant, Siobhan Redmond and Lorne MacFadyen provide a very emotive event,” says the spokesperson.

US-based Eschaton that started in March this year has always been virtual and hosted its events over Zoom. Created by Brittany Blum and Tessa Whitehead — veterans in immersive theatre, Eschaton is a mix between a virtual nightclub and an interactive performance venue.

In a maze of rooms, it features dozens of world-class performers across music, cinema, dance, performance art, drag, burlesque, karaoke and more. Expect the unexpected.

To welcome 2021, the club presents Eschaton NYE: The Dissolution, “a 60-minute, all virtual, champagne-toasting, midnight-kissing bash”. Priced at ₹1,830, the ticket (available on www.chorusproductions.com) will also give you access to an additional 60 minute after-party hosted by nightlife icons Brita Filter, Susanne Bartsch and Amanda Lepore. 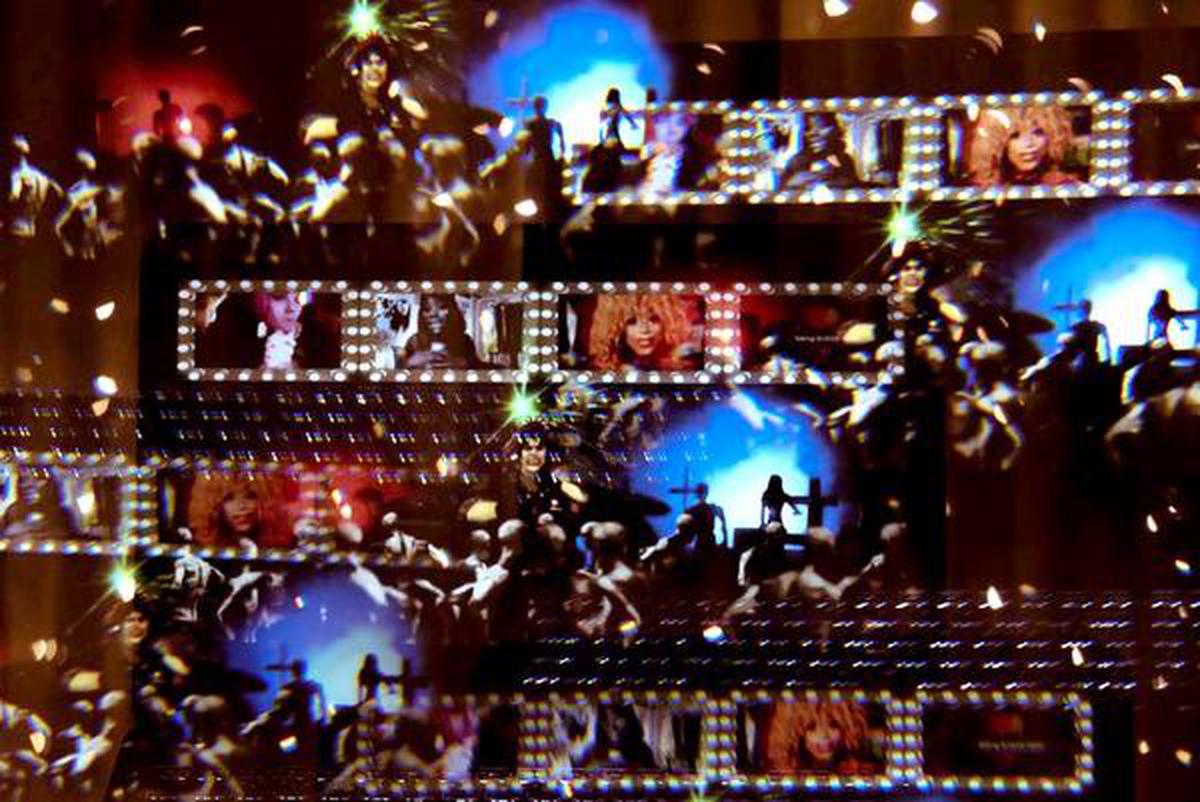 However, the timing of the do — Friday, January 1, from 9.30 am to 11.30 am IST — does not coincide with New Year’s Eve in most countries. Despite that the event has attendees from all over the world. They believe it is because, after so much time without in-person events, gatherings, and world travel this past year, guests are embracing the opportunity to celebrate as a global community virtually.

With everyone trying to innovate, here’s a first: Ever heard of a charity rave? Beatboxer SK Shlomo’s Rave to The Moon is a free event that attempts to get participants to dance and move about, so the number of collective steps taken by them works out to the average distance it would take to reach the moon. To participate log on to https://ravetothemoon.tv/

Closer home, a number of Indian DJs who normally spend their New Year’s Eve behind the console are opting to take it easy this time and spend time with their families. Mumbai-based DJ Suketu says he may just start a live set from his home if he feels like it on that evening.

The cool thing about live streaming parties is that anybody and everyone can access it. Grandparents, grandchildren, parents, get them all to groove with you! Kochi-based actor and DJ Sekhar Menon will be livestreaming his set featuring trance, techno, house and the works on his website, www.sceneturbo.com. The party starts at 9.30 pm on December 31 and goes on till 12.30 am. “There will be no gimmicks. Just some good music to set the tone for the new year. It is a practical and safe way to have fun,” says Sekhar.

This is the first time Sekhar is livestreaming a New Year’s act and he says the experience will be different for sure, but not less exciting in any way.

So will he miss the crowds? “A bit yes, but this is the age of bedroom DJ-ing. I guess we adapt to the times,” he says. Joining him will be DJ Stalwart and DJ Mc Manchild. To buy the password, log on to www.sceneturbo.com. It is priced at ₹200.

Massive demonstrations towards racism take to streets within…

2020 can be remembered as 12 months of inventive resilience

Business Live: US oil costs fall beneath 0 for the primary…

New Zealand vs Australia, 1st T20I: We Failed To Execute Our…