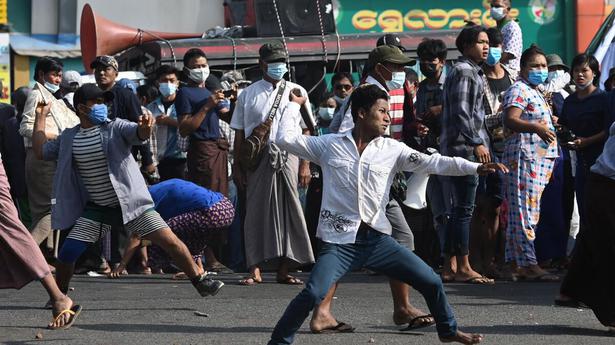 Facebook said it has banned all remaining accounts linked to the Myanmar military on Thursday, citing the junta’s use of deadly force against anti-coup demonstrators.

The move, which takes effect immediately, applies to the military and entities controlled by the armed forces on both Facebook and Instagram.

It also bans “military-linked commercial entities” from advertising on the platforms.

“Events since the February 1 coup, including deadly violence, have precipitated a need for this ban,” the social media giant said in a statement.

“We believe the risks of allowing the Tatmadaw on Facebook and Instagram are too great,” it added, using the Myanmar name for the country’s armed forces.

The junta has steadily increased its use of force against a massive and largely peaceful civil disobedience campaign demanding Myanmar’s army leaders relinquish power.

Meanwhile, junta supporters wielding knives and slingshots clashed with anti-coup residents in Myanmar on Thursday, the first such showdown between opposing forces as the nation nears a month of military rule.