Visitors excursion Rome’s newly reopened landmarks – go back and forth 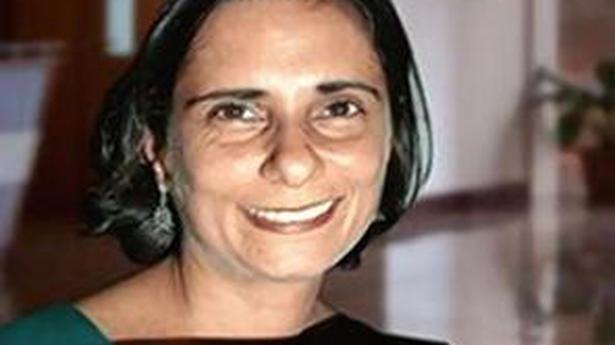 Coronavirus | Testing is the perfect factor to do, says group well being skilled Gagandeep Kang

Gagandeep Kang, Director, of the Translational Health Research Institute, who has extensive experience in working on community health and played a key role in developing an indigenous rotavirus vaccine, says India should be testing many more persons for symptoms of COVID-19 than it is now.

Is India testing for community transmission as aggressively as it should?

No. As a first step, India has been tracing importations (cases with a travel history from abroad). We are now beginning to test for influenza-like illnesses through the influenza surveillance network.

We are told that about 150-250 samples were tested in February by the Indian Council for Medical Research (ICMR) and in the coming week they are going to be doing moreof that testing. Singapore went about finding cases and tracking them. Finding contacts and tracing was the best step. South Korea expanded drive-through testing. After a while people started to present themselves for testing. It was made easy for people to get tested. We are in a situation now that if you land up at a private hospital with what absolutely fits the case definition, you will be referred to a government hospital. There are media reports that some in Tamil Nadu are being turned away even if they have symptoms and a travel history.

Is it that Indian authorities would like to do much more community testing, but cannot? Or is it part of a larger strategy to wait and gradually ramp up testing?

Newspaper reports suggest that the health ministry says it has done a risk assessment and the testing strategy in place follows from this assessment. Now what that assessment is, we don’t know. We don’t know, for instance, if there’s a plan that once we reach an ‘x’ number of positive cases there will be a different approach to testing. We are today at over a 100 cases. What we can do is be rational and test as many as we can. What is wrong with testing? Why would you not test? If a person know what’s causing their fever and cough, you can do something about it. You are now in a situation where people worry, they don’t know if they are positive. They wait till they get really severe. Then they eventually go to a public hospital and get tested. You are expanding your timeline and decreasing your chances of picking up cases early. In a best case scenario, all this testing is unnecessary and what you are doing now is perfect. But even then, what have you lost by doing additional testing? You’ve wasted some money on kits, you’ve wasted some people’s time but you’ve bought reassurance that the virus isn’t there. If it’s there, then you have to do something about it. You can do contact tracing and then recommend quarantining or isolation or whatever’s appropriate for that person.

But the fact remains that we have only 63 diagnostic centres…

Detection requires a real-time PCR. We have thousands of real time PCR setups in the country. ( A PCR or polymerase chain reaction test is DNA-based and allows can quickly tell if someone harbours the virus) We have several microbiology labs and several accredited medical testing laboratories in the country, Most of them have real-time PCRs and quality systems in place. In the H1N1 outbreak of 2009-10, the government called in private labs. It trained them, evaluated them and said, ‘Ok, now go ahead and test.’ Dr. Dang’s laboratories went through the H1N1 training process as a private laboratory and they certainly have the capacity and infrastructure to test for coronavirus. And there are several other labs.

Is it a matter of government policy today that private labs aren’t allowed to test for coronavirus?

Yes. But what’s this policy based on —voluntary risk assessment or information on the lack of quality in the private health care system?

This is the first pandemic in a post-Whatsapp world. Information and mis-information travels rapidly. Has the availability of information improved trust, or only whetted panic? Have government communication systems improved?

The panic is greater, yes. (compared to H1N1). People don’t know who to trust and, in such situations, information can almost be dangerous. If you think that gaumutra or gobar (cow urine and cow dung) baths are going to help you, you are going to be falsely confident of being protected.

We must ponder, for instance, why isn’t Hongkong or Singapore panicking? Maybe they had with SARS (in 2002-03) and now have learnt their lessons. Those were two cities worst affected by SARS and South Korea has seen a MERS outbreak and handled it well. Is it because of the smaller settings, or that governments have learned how to communicate, Is it because they are East Asian and therefore more accustomed to doing what government says? Many countries have learnt that governments have a key role, and do, and that they can be proactive. South Korea’s initiative of drive-through testing (of people driving up to mobile testing centres) is remarkably innovative. Imagine, if we could offer the same in India, or like we now administer polio drops, the kind of confidence in government that would build? Our government got the airport screening off the ground, and is using media and communications to reassure and direct people, but there is a lot more we can do.

Why don’t we do that? Are these diagnostic tests expensive, or too costly to rapidly scale up?

Yes, they are expensive. However it’s a matter of scale. Once you say that we need millions of these tests, the costs will come down and any company that must test for a million,or even a billion people, will offer them at rock-bottom prices.

Why isn’t it happening?

There is a lot of evidence to show that, in general, we test way below what we should be doing. There are less than 10,000 tests being done on our population of 1.3 billion. If your strategy for testing is to approach only a tiny fraction of the population how do you know when we are moving to the next stage? Maybe it’s in the strategy that I don’t yet know about. Given that i have some experience in public health, I would expand testing to much beyond the influenza network. I would do more of what South Korea and Singapore are doing. If a clinician thinks, that a test is required, do the test. Screen everybody on the case definition. Test all patients with pneumonias. Test patients who come to primary care centres with influenza-like illnesses. Maybe it won’t help. As I said earlier, if it’s all negative that’s fantastic.

Countries have been able to rapidly prepare diagnostic tests based on isolating gene sequences and through depositing it in global databases. But are we closer to shortening vaccine-development times, or developing newer effective drugs compared to a decade ago?

We have made great progress in developing new products, new modelling techniques, high-throughput screening (approaches to determine what chemical compounds may be effective against certain viruses or bacteria), using artificial intelligence. That’s definitely improved in the last 10 years. What’s not changed is the regulatory system and the system of testing these products in human beings. How do we convince regulators, who are responsible for safety and efficacy of potential drugs and vaccines, to take more risk? They are doing their job, which is to protect populations. They don’t want to get stuff out that doesn’t work and is unsafe. But we need to relook processes and allow concurrent testing instead of phased testing. You shouldn’t wait to finish one study to move to the next study. Is it possible to combine steps? Could you embed regulators in product development teams? There could be all kinds of issues (eg conflict of interest) however if we want rapid response—the technology is available—it’s the clinical and regulatory process that needs to look at how we can design studies, so that they are the safest kind possible.

Will quickly escalating diagnostic testing lead to lot more cases being detected and overwhelm our health care network? Would it be reasonable to spend funds instead on increasing ventilators, having more beds because health care systems in the United States, Italy appear overwhelmed by insufficient resources?

First, it’s impossible to quickly train people to run those ventilators. Testing is the easiest thing to do.

The aim is to decrease overall numbers and testing will help with that and decrease the overall number that will require ICU care because you will identify cases early. The bulk of cases are not going to hospitals but many of them are wandering around in communities and spreading disease, if you can test and get them out of the system by quarantining them and trace contacts, you will decrease the overall burden on the health care system. That’s the so called ‘flattening of the curve’ that everybody’s talking about. You are decreasing transmission by removing the opportunities to transmit.

There’s an impression gaining currency that India is seeing fewer cases because the average Indian is exposed to an array of viruses and infectious agents on a regular basis and we may have developed some level of immunity?

There’s a study, in Cell, this week that looked at SARS and SARS Cov-2 (the virus responsible for the current pandemic) and suggests based on studies in mice, that antibodies produced during SARS may protect against SARS Cov-2.

Also read | WHO busts myths and fake messages on coronavirus

Well it’s based on evidence but you’ll need lot more studies to establish any link. However the larger story about Indians being resistant because they are exposed to a lot more bugs, is just not right. Indians have a lot of antibodies against seasonal coronaviruses (that cause the common cold). There are four coronaviruses that circulate in India all the time. But it’s possible to be reinfected by those same viruses frequently and clearly those antibodies aren’t protecting.

2020-03-16
Previous Post: I had nightmares fascinated with Bhuvneshwar and Bumrah getting me out: Aaron Finch | Cricket News
Next Post: Across the Gulf, no heat greetings and mosque prayers

Visitors excursion Rome’s newly reopened landmarks – go back and forth