The reign of King Khans-Salman, Aamir and Shah Rukh-appears to be fading, being replaced by the Age of Akshay Kumar. From interviewing Prime Minister Narendra Modi before the 2019 Lok Sabha election to featuring in four releases in 2019-Kesari, Mission Mangal, Housefull 4 and Good Newwz-Akshay Kumar was the number one hero of 2019. It’s not just the sheer volume of work that he does-with at least three big-ticket releases every year, compared to Aamir and Shah Rukh who didn’t have any last year-it’s also Kumar’s choice of subjects that makes him a formidable force. While Kesari and Mission Mangal celebrated the pride of India, Housefull 4 and Good Newwz appealed to those who just want a laugh. The audiences, in turn, valued this range-these films earned a cumulative Rs 739 crore at the domestic box office.

Such is Kumar’s dominance that Salman-a usual topper in the india today Mood of the Nation Poll (MOTN)-had to share the top step on the podium this time around. Khan’s two releases-Bharat and Dabangg 3-didn’t meet box office expectations, so much so that they weren’t even the highest earners of 2019. That honour went to Shahid Kapoor-starrer Kabir Singh, foll­owed by the Vicky Kaushal-starring Uri: The Surgical Strike.

The biggest gainer from the previous edition of MOTN was Ayushmann Khurrana (ranked #3 this year), who has carved out a niche for himself in the comedic social comm­entary genre. While two of his releases in 2019-Dream Girl and Bala-fit that description, the actor has also demonstrated that he’s eager to break the mould. His hard-hitting turn as a police officer in Article 15, an investigative thriller centred on caste prejudice, was a refreshing change from the ‘flawed-but-affable boy next door’ image that his career has thrived on. Polling the same as Khurrana were Ajay Devgn, Hrithik Roshan, Ranveer Singh, Rajinikanth and Prabhas, along with Shah Rukh Khan, who may not have had a release but did produce the hit Badla (starring Amitabh Bachchan, who finished second). Among actresses, there wasn’t much change in the results from the previous edition. Deepika Padukone retained the top spot while Anushka Sharma came in second, somewhat surprising given that neither had a single release in 2019. But the two did not spend the year out of sight-they both used their social media savvy to remain in the news, promote their brands and initiatives and occasionally share glimpses from their personal lives (including public displays of affection with their husbands). Another actress whose active online presence makes her a winner is Priyanka Chopra-Jonas, who also came in second, despite the failure of her first Hindi film in three years, The Sky is Pink. 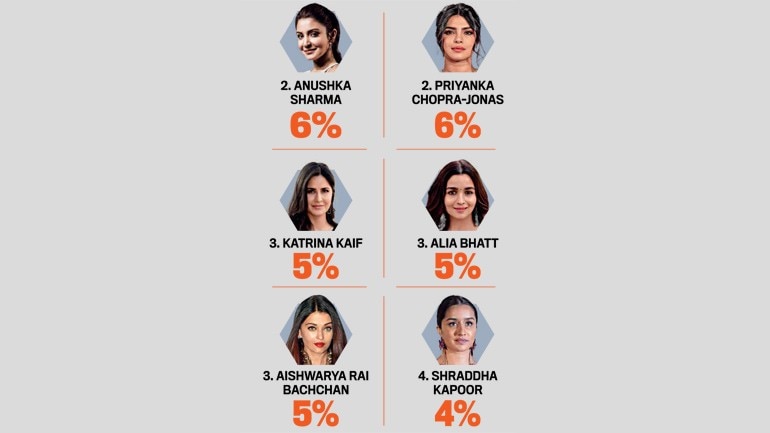 Dominic Thiem says suffering gamers do not deserve his…

FIFA tracking Covid-19 tendencies in India in lead as much…

Artist George Fernandez opens gallery at his institute in…