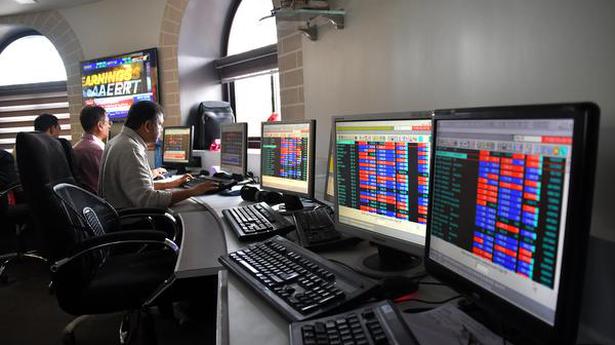 The Nifty and the Sensex have opened very strong this morning with gains of well over 4% as investor fears over the coronavirus pandemic begin to subside.

The rupee has gained against the dollar helped by positive sentiment in domestic equities. The price of oil has also risen with an OPEC-led supply-cut deal said to be in the works.

The lockdown to stop the spread of the coronavirus pandemic has hit the real estate sector, which has witnessed a prolonged downturn, pretty hard with sales dropping and inventory levels piling up.

PTI reports: “Housing sales fell 29 per cent during January-March period across seven major cities to 27,451 units while the value of unsold inventories swelled to Rs 3.65 lakh crore as buyers postponed their buying decisions amid COVID-19 outbreak, according to JLL.

“The economic slowdown aggravated by the ongoing health crisis is manifesting itself in the form of a hit to sales with buyers postponing their purchase decisions,” JLL India said in its quarterly report.

This was the second largest dip in residential sales in the last five years, after Q1 2017, when the market witnessed a 37 per cent fall in sales due to demonetisation, it added.”

Britannia partners with Dunzo on home delivery of food essentials

The popular biscuit manufacturer, whose business has been adversely affected by the lockdown, seems to be adapting itself to a changed market environment.

PTI reports: “Britannia Industries has partnered with on-demand e-commerce platform Dunzo on home delivery of all its products.

Customers can avail Britannia products through the Dunzo app in under an hour of ordering from the ‘Britannia Essentials’ store, a joint statement said on Tuesday.

Oil prices have risen considerably from the bottom of around $20 that they hit last week as hopes rise that a supply-cut may be in store.

Reuters reports: “Oil prices gained on Tuesday as hopes rose that the world’s biggest producers of crude will agree to cut output as the coronavirus pandemic crushes demand, even as analysts warn a global recession may be deeper than expected.

The world’s main oil producers including Saudi Arabia and Russia are likely to agree to cut output at a meeting on Thursday, although that would depend on the United States doing its share, sources told Reuters.

But the threat of a major recession hangs over the market due to the halt of much economic activity as a result of the coronavirus pandemic, with half the global population under some form of lockdown or social distancing measures.”

G20 oil ministers are set to meet on Friday to discuss what could be the biggest ever oil production cut in history, but the effect of the output reduction might not have a large impact on devastated oil marketshttps://t.co/LM6S1ew8Ns

Sensex, Nifty up over 5%

Indian equity indices traded strong in the first half of the session on Tuesday–the first trading day after an extended holiday–while tracking a positive trend in the Asian markets.

More than 1,500 stocks were trading higher as against only 434 declines. The gains in the benchmark were primarily on account of strong surge in stocks like Reliance Industries, HDFC Bank, Infosys, Hindustan Unilever, ICICI Bank, Axis Bank and TCS among others.

India has dropped an anti-dumping investigation over imports of polyester feedstock monoethylene glycol (MEG) from Saudi Arabia, but will continue the effort against Kuwait, Oman, Singapore and the United Arab Emirates, the government said.

In an order on Monday, the government said Reliance Industries Ltd asked in February for Saudi Arabia to be dropped, after the company had sought the investigation in December into cheaper MEG exports by all five nations.

“Further, it has been requested by the company to continue the investigation and recommend imposition of provisional anti-dumping duty,” it added, citing Kuwait, Oman, Singapore and the UAE as the countries from which imports are to be targeted.

Rupee rises 26 paise to 75.87 against US dollar in early trade

The improved sentiment in the domestic equities market has helped the rupee rise against the dollar this morning.

PTI reports: “The Indian rupee appreciated by 26 paise to 75.87 against the US dollar in early trade on Tuesday tracking positive opening in domestic equities.

At the interbank foreign exchange the rupee opened at 75.92, then gained ground and touched 75.87, registering a rise of 26 paise over its previous close.

On Friday, rupee had settled at 76.13 against the US dollar.”

With low appetite among investors for debt issued by the Indian government, some are calling for the RBI to directly finance the government’s spending through freshly created rupees.

PTI reports: “Amidst talks of a second stimulus package being announced by the government to help individuals, businesses and the economy find their feet to tide over the massive disruptions, the (SBI) report said the Reserve Bank should monetize the deficit, which is set to overshoot by at least 400 bps.

Given the low market appetite for borrowing, it is imperative that government uses the clause given in FRBM Act and monetize the deficit with the RBI subscribing to the primary issues of the Central government debt and fulfill the supply-demand gap in FY21, the report said.

In FY2020, total borrowing by the Centre and states stood at Rs 13.5 lakh crore—the Centre at Rs 7.1 lakh crore and the states combined Rs 6.4 lakh crore.

Given at least estimated 4 per cent slippage in GDP/Rs 8 lakh crore, we expect the Centre and the states could borrow conservatively close to Rs 20 lakh crore in FY21. Thus, it is a must that RBI monetizes the deficit, using the national calamity clause given the stressed market absorption capacity, it says, adding this will add up to 2.5-3 percent of GDP and the government must show it separately as an off-balance sheet item in the budget like a ‘COVID bond’”

A CII survey, in which nearly 200 CEOs participated, says that a majority of the firms expect revenues to fall more than 10% and profits by over 5% in the January-March 2020 and April-June 2020 quarters.

A decline in demand and impact on jobs will be some of the other after-effects for the industry in the backdrop of the COVID-19 outbreak and the subsequent countrywide lockdown, a release from the CII on the CEOs Snap Poll said.

Stating that the pandemic was bound to deeply impact the economy, the CII said that the expectations of a sharp decline in both revenue and profit growth by the domestic firms could foretell the significant impact of the virus on GDP growth.

The benchmark stock indices are up well over 3.5% just minutes since the opening of trading this morning.

The Sensex is up over 1,000 points while the Nifty is trading above 8,350. The sharp spike could be due to receding fears about the coronavirus pandemic as deaths slow.

Overnight, the Dow Jones Industrial Average gained over 7.5%, a rise of over 1,600 points.