Soothing, earthy shades wrapping violent expressions with figures often lost in wild abandon; sometimes bovine, at others, amorphous: AV Ilango’s repertoire is distinct. Easily recognisable, the veteran artist’s canvases have often struck me as spontaneous bursts of emotions. Reflections, an exhibition that is currently underway at Chennai’s Forum Art Gallery, only confirms this. The display is a delightful mix of Ilango’s works that took shape in specific periods of time; be it the Bovine Principle, the Odissi in Utsav series or the more recent idyllic scenes from his home town, Gobichettipalayam.

“I go for a walk with my line” — AV Ilango often says this about the inception of his works. Space, line and form are the three aspects that he holds on to. The artist who debuted in 1973 (interestingly, after completing his Masters degree in Mathematics) finds the line a prominent form of expression. Which is why his canvases are almost always fluid — in motion. He lets the line guide him through. As I go on a virtual walk-through of the display by Shalini Biswajit (the curator) via a video call, Ilango’s evolution over time and his growing preoccupation with self-expression become more and more evident.

Ilango’s work with the bovine remains unmissable as always; be it the black and white smaller works or the larger canvases featuring a marriage of browns and deep reds. The protagonist, in all these canvases, is the bull. “The bovine principle for me is based on Saivite philosophy — the Siva-Shakthi paradigm. It has something to do with me trying to discover myself,” says the artist over a call from Bengaluru. The destructive energy of a bull in motion, is a recurring image that the artist experiments with in this particular series.

But, over the years, his rugged lines transformed into smooth, seductive ones. They became more refined. This is evident in his Odissi in the Utsav series of the 2000s, where he effortlessly translates the fluid movements of dancers, making the canvas seem as though it is in constant motion. “I have seen my aunt dance when I was a young boy, which influenced me even back then,” says the artist. And, he was constantly surrounded by folk dances like Karagam, Kavadi, and Oyilattam in his home town, which reflect heavily in his work. 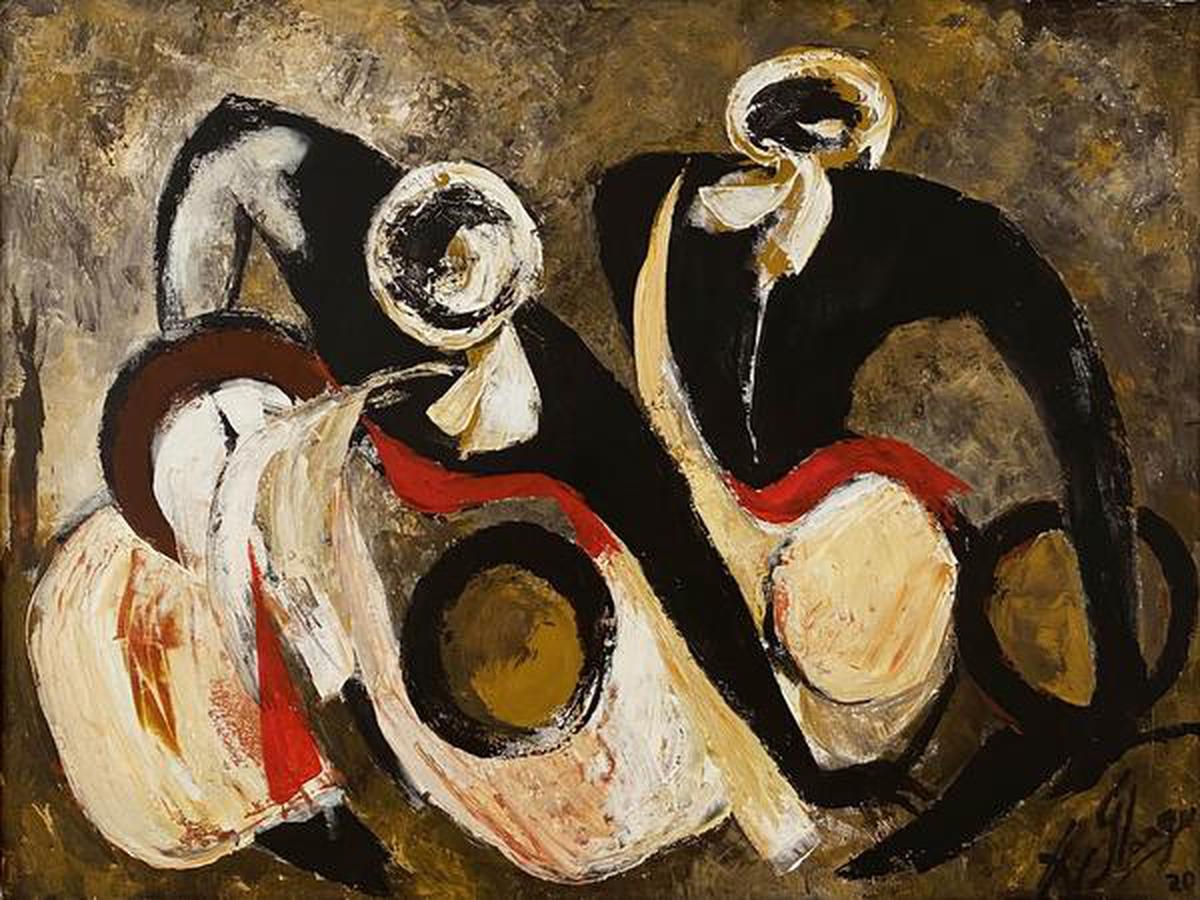 Recently, in a bid to go back to his roots, Ilango, who had lived in Gobichettipalayam as a small child, has been revisiting memories associated with the place. “Last November, I travelled to my native place and revisited a temple festival which happens once in every two years,” says the artist, adding, “This experience brought back some of my older lines, which are associated with the memories of the past.” This revival of rugged lines can be seen in some of his recent, smaller works on display. These canvases capture idyllic village scenes, with a touch of realism.

The entire display traverses Ilango’s tryst with the medium, making it a retrospective of sorts.

Reflections can be viewed at the gallery (on appointment basis) or through a virtual interface. Contact Forum Art Gallery, Adyar at 42115596.

Charlotte Tilbury on promoting her merchandise in India, the…

Retail inflation Rate in India dips to six.58% in February…

The seek for a parabolic tiger

Katrina Kaif sings and performs guitar in new video from…